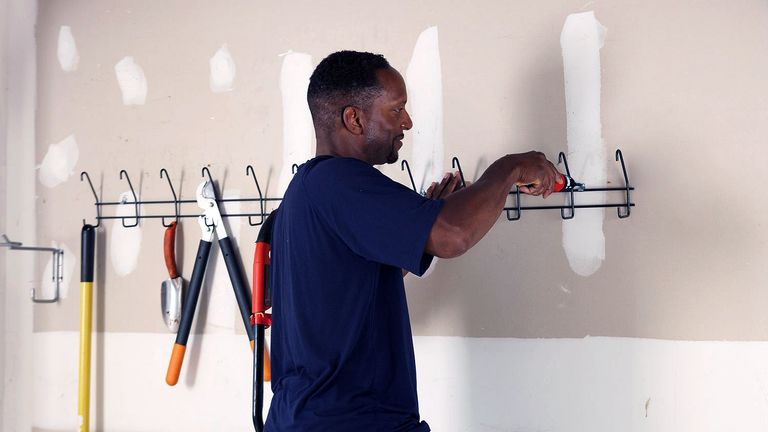 For flatpack construction, cupboard work and, in fact, anything other than screwing into masonry or in very tight spaces, nothing beats electric screwdrivers. Real burly builder fellas would tell you they'd never be seen dead holding an electric screwdriver. We beg to differ. With the best electric screwdrivers you can do away with RSI and make mincemeat out of simple screwing jobs. They get into tighter spaces than drill drivers, and are easier on the wrist than manual ones.

The truth is, manually screwing into timber, plaster and flatpack furniture can be a killer on the arms. Manual screwdrivers get dropped into infinite chasms behind furniture, drills are too unwieldy, and expletives tumble like rabbits down a slide, out of tired mouths.

An electric screwdriver offers relief to regular handy folk and the best ones feature gun-like barrels to hold myriad screwdriver bits, meaning no more fumbling over the correct 'driver for the job.

What is the best electric screwdriver?

It's a tough one to call but for pure professional build quality and powerful performance, it's very difficult to ignore the Hitachi DB3DL2 3.6V Screwdriver.

Peak power is a mighty 5Nm of torque, which can be adjusted via 21 differing stages, while its flexible grip means it can be handled in pistol fashion or standard straight screwdriver form.

This sort of top-notch finish does come at a cost and the Hitachi number is twice the price of some close rivals, but it rose above the competition when put to the test.

If you want a cheap alternative, for use in less demanding circumstances, try the Worx

How to buy the best electric screwdriver

For something that seemingly tackles a relatively simple job, prices of the humble electric screwdriver vary wildly according to brand cache, build quality and performance.

It's possible to pick something up for as little as £10 from some online outlets, but we'd suggest avoiding the really budget stuff, as the screw bits tend to break or round screws, the torque output generally isn't enough to tackle most jobs and the batteries don't last.

Seeing as the electric screwdriver is a handy cordless addition to any toolbox, battery life is pretty important.

Instead, spend a bit more and get something with Lithium-ion batteries and a motor that puts out at least 3Nm of torque, which should be enough to tackle even the most demanding flat-pack jobs.

The best electric screwdrivers, in order

Straight out of the box, the Hitachi model feels like a more professional offering than its rivals here. It's dual Lithium-ion batteries scream of a tool that has been built to withstand the demands of regular use, and the design doesn't make any attempt to look stylish or cool.

Key features include the adjustable handle for straight or pistol-like grip, the quick lock hex bit holder (that fits most standard screw bits) for rapid bit changes and a lock-off switch that prevents unintentional starting.

With a 5Nm torque output, it's powerful enough to take on stubborn timber and masonry job, while it can handle some very basic drilling tasks, should you have the correct bit.

All in all, it's a much tougher, more solid proposition than most on the list and one that should last a lifetime.

The most convenient electric screwdriver

The need to keep rooting around in your toolbox to find the right screwdriver is largely negated with this James Bond-esque DIY wonder gizmo.

Inside the barrel of this electric driver sit no fewer than 12 different, commonly used bits, which can easily be selected with a twist of the barrel. The unit also features a front-facing light, for illuminating the job in hand, a battery status indicator and an automatic spindle lock for manually apply torque to stubborn screws.

There's a screw bit for pretty much every occasion, including an Ikea-friendly Allen key, while the Lithium-ion batteries are guaranteed to be good for at least 90 standard screw jobs before it requires recharging.

+Small enough to get into tricky spots+Very affordable and lightweight

An an LED lamp for illuminating those tight spaces and an auto spindle lock for manually applying torque and you have a textbook cheap screwdriver. The latter feature is admittedly largely welcome because the 3Nm motor isn't exactly scarily powerful.

As with much of the Ryobi range, this small cordless screwdriver is both robust and mightily powerful without breaking the bank.

The pack comes with 10 different 25mm screwdriving bits and a durable storage case, while the driver itself features a grip that's specially moulded for comfort and a long-life Lithium-ion battery pack.

Said pack does take a while to charge but then, Ryobi's batteries are excellent and seem to hold their charge much better than rivals.

Not everyone is looking for maximum torque and the ability to drive screws into notoriously difficult surfaces. For those with more sedate screwing in mind, there's this more traditional, highly affordable offering from Black & Decker.

It appears like a standard manual screwdriver but a small motor and rotating head unit sees it take the strain out of more irksome driving jobs.

It's no way near as powerful as some of the others mentioned here of course, and will come unstuck when tackling bigger DIY jobs. But for taking on flat-pack tasks and simple screwing jobs, it's a bargain