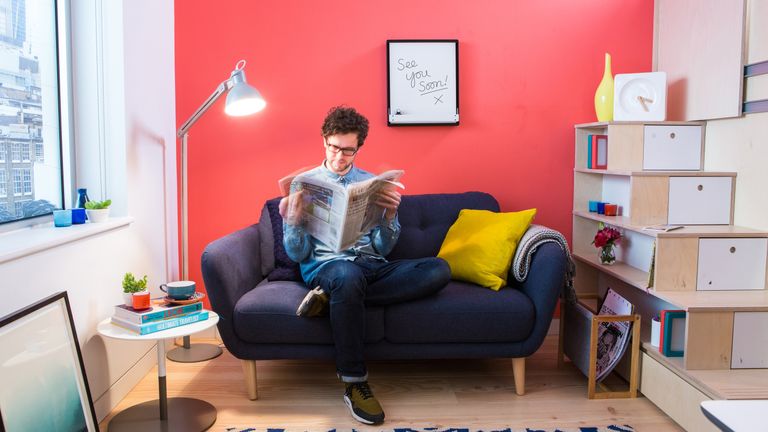 Joto, the first connected display that draws with a pen, has just been launched on Kickstarter, with the engineers behind the project looking for £100,000 to bring their prototype device to market.

The device in question is a connected display that is designed to be hung on an owner's wall like a picture frame, with Joto then writing out or drawing anything in pen and ink that the user desires. By using Joto's companion app, users can send any image or message to the screen and then kick back and watch as the device's pen moves across the white board and sketches it out.

To get an idea for how it works, click on the image below and then watch a video that the Joto team sent to T3 showing the device sketch out T3's logo:

Joto is made up of two key parts, a wipe-clean display and a pen and eraser attachment (the pen also has its own dock to ensure it stays moist). Both the pen and eraser attachment move over the board via a mechanical arm, which allows the pen to smoothly replicate any shape. The result is that the system can recreate any digital image or message on a non-digital display.

As the device is controlled via an app (smartphone, tablet or computer compatible), users do not have to be in close proximity to a Joto either in order to transmit a message, meaning that family members can leave each other messages, for example, without being in or even near the house. The app also allows users to store any drawings or messages they've created or sourced for repeated use, as well as hook in to services like Twitter and Spotify to draw tweets and now playing information.

We've got to admit that it looks pretty darn cool to us here at T3 Towers. That ability to have something different displayed on your wall every single day, changing with your mood, the seasons or for a specific event, sounds super and the fact that the Joto system can be controlled from a smartphone super convenient.

Of course, if you like the look of the gadget, more information can be found over on Joto's Kickstarter page.