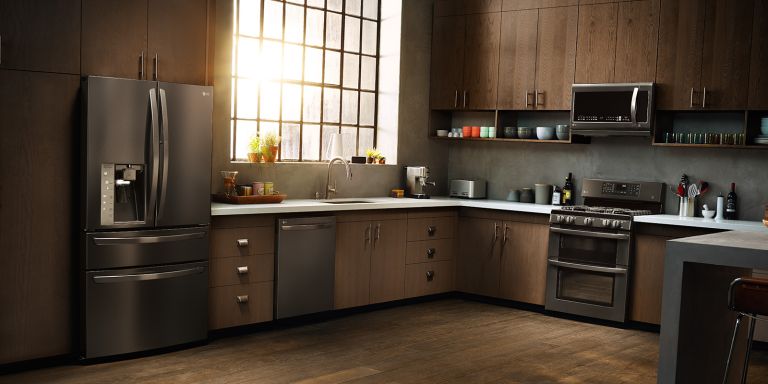 You’re on the hunt for the right gear to suit the situation and don’t have the time to spend trawling the interwebs. Fear not T3 is here.

This guide will offer you the best of the best, the cream of the crop, so you know what to buy for what you need - no matter what it is.

This week we’re rounding up all the great stuff your kitchen needs to have. In the run up to Christmas (from Boxing Day it’s the run up, so never too soon) the kitchen needs to be set for that onslaught of inevitable eating. The better your kitchen kit, the easier it’ll be to host guests. But it’ll also make eating healthy easier so you can avoid turning to those easy eats when it gets cold and dark.

This is the best of the best, from fridge freezers and toasters to kettles and bread makers. Your ultimate guide has been found. Well done you.

A decent sized fridge freezer is a home essential that's staggering in both its mundanity and its essentialness.

However, what we've picked out here are stand-alone fridge freezers packed with character, high-end functionality and, in some cases, cameras inside. They're fridge freezers for people who love tech and design as much as they love fish fingers, cake and milk that's not gone off. None of them are super-cheap, student-flat-esque things, but there's a decent range of prices here.

Our current pick of the cold boxes is the Bosch Serie 4, or as its friends call it, Bosch KGN34VB20G. It offers the best mix of performance features, brand reliability and keen pricing, and looks, mmmm… Not bad.

And it comes in black. Always bet on black, as Wesley Snipes once said, in Passenger 57.

Bread making has been a British tradition since the Middle Ages, but its reputation has been sullied by mass production, dubious additives and Mother's Pride.

Rest assured there'll be no more of those kind of shoddy, dough-based results when you have a bread maker, though. When they work well, it really is as simple as chucking in a load of ingredients and then going away to do something more productive. There's no kneading, no stirring, no pouring in of mixed seeds: the best bread makers do it for you.

We think the best bread maker you can buy is the Panasonic SD-ZB2512. It's reliable, advanced, and incredibly simple to use. We love it, but it might not be right for you, so we've collected, reviewed and ranked seven other excellent bread makers.

No kitchen should be without a toaster, and they are available at a bewildering array of prices, from about a tenner for a Tesco own-brand special to hundreds for multi-slot Dualit and Kitchenaid models.

We are going to go ahead and assume you're in the market for something techy and high-end. However there are more affordable – but still stylish and effective – toasters in the list. They're for if you're on a budget, tight, or simply not that bothered about toast.

For its blend of timeless design, renowned efficacy and longevity, we've gone for the Dualit Newgen.

However, if you're after something much cheaper, Russell Hobbs' Legacy toasterdoes almost exactly as good a job, for a quarter of the price. But it's not as nice, though.

Those who favour oddly shaped, artisan loaves should look at the Graef Long Slot, because it can take pretty much any size or shape of slice.

Kettles used to be simple things that boiled water, so you could make tea or, I dunno, Bovril or something. Now, thanks to all of us getting richer, at least statistically speaking, they've joined the premium kitchen tech consumer revolution.

Though of course you can also still get cheaper ones. All told, there area LOT of kettles available.

Many long hours were spent boiling water whilst clutching a decibel meter and stopwatch, testing the pleasingness of the pouring spout, and as far as possible, living with each kettle for a while.

At the end of that process we picked out the Sage by Heston Blumenthal Smart Kettle. And since we usually pick Sage stuff to win these tests, that made us wonder why we'd even bothered.

Having subsequently lived with the Sage Smart Kettle for a number of years, we can further confirm that it's still working just great, and is reasonably easy to descale.