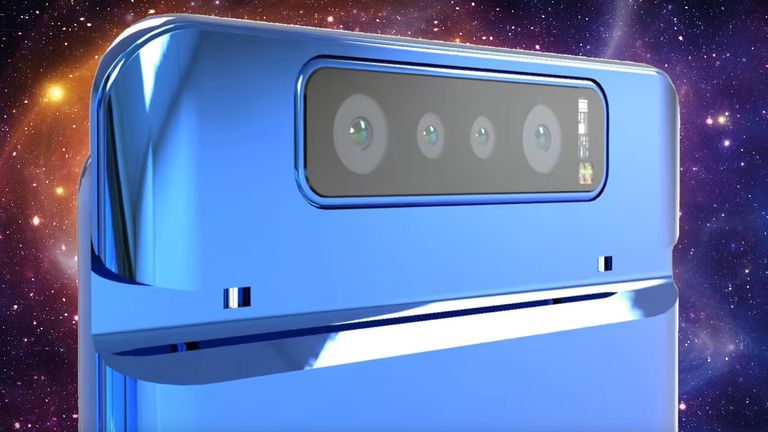 Mere weeks after the Samsung Galaxy S11 was confirmed to be codenamed Picasso, and tipped to boast next-gen 5nm technology as well as rock a futuristic 64MP camera, whispers about just what the highly-anticipated new flagship will look like have started to emerge.

And one of the most mouth-watering designs we've seen so far is shown off in this stunning Samsung Galaxy S11 video, with a gorgeous all-screen phone revealed with pop-up, rotating camera system. Watch this video below to see what we mean.

The video shows a Galaxy S11 equipped with a quad-camera system (12+12+16+13MP with f/1.5 to f/2.4 variable aperture) that pops-up and rotates just like the camera system on the Samsung Galaxy A80, which launched earlier this year.

Due to this design, the Galaxy S11 can pack a huge all-screen, near bezel-free Infinity Display that curves at the sides. The super thinness of the top and bottom bezels is most notable.

Elsewhere, the Galaxy S11 shown off in this video also comes with an in-screen fingerprint scanner and a super-powerful Qualcomm Snapdragon 865 processor, as well as a maximum RAM and storage config of 8GB and 512GB respectively.

Interestingly, this design, which is made by concept maker TechConfigurations, does not include the revolutionary four-sided curved screen that was recently unearthed in an official Samsung patent. That innovative design (see below image) not only had the device's screen curve on either side, left and right, but also top and bottom as well. It also didn't include a pop-up, rotating camera.

How this leaves us in terms of understanding just how the Samsung Galaxy S11 will look when it launches in 2020 remains to be seen. However, one thing is clear, if the handset looks anything like the phone depicted here, or like the four-sided curved screen device, then we here at T3 would be very happy indeed.

And, if it can combine the two designs, with a four-sided curved, four-sided minimal bezel screen partnered with a pop-up, rotating or under screen camera system and a powerful Snapdragon 865-driven internal hardware suite, it would be guaranteed to scalp both Apple's new iPhone 11 and Huawei's Mate 30 Pro.

Hopefully even more leaks, rumours and details about the Samsung Galaxy S11 will appear soon, either before or after the South Korean maker's big Samsung Galaxy Note 10 launch in early August.