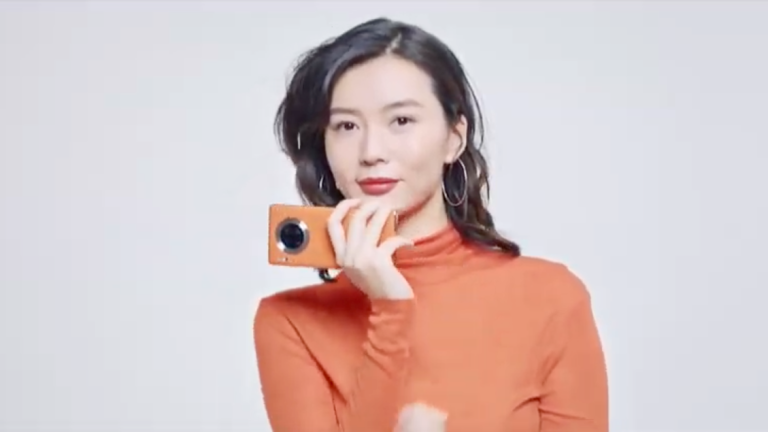 The Huawei Mate 30 range of phones were unveiled at 14:00 CEST in Munich, Germany, today. If you missed the big show, then the official Huawei Mate 30 Series launch event can be watched in full below. We've also got a beat-by-beat run down of the show below, too, so you can follow how things were unveiled.

What you need to know right now:

The Mate 30 Series does not have Google Apps or Services.

And here we go. The big show is taking place in Munich, Germany, and T3 is reporting LIVE.

Packed auditorium facing a large screen where Huawei is inviting people to "Rethink Possibilities". Just like it has had to rethink what is possible with the Mate 30 Series following the U.S. government blacklisting no doubt.

The audience is invited to turn off their mobile phones. Here we go!

A hype-tastic, futuristic video is followed by Huawei bigwig Richard Yu, who comes out and explores the big growth Huawei has experienced over the past year.

And, there we have it (see above image), the home screen shown does not have any Google apps.

A "Trend Leading Iconic Design" is spoken about, before a video shows off the Mate 30s Halo Ring rear camera new design. The design is inspired by professional cameras, apparently.

Instead of a square rear camera array, the Mate 30 Pro now has a circular one.

The head and the chin of the Mate 30 Pro is metal, which we are told makes the phone look sleeker and feel more compact. There is a much smaller notch than the Mate 20, too. It is smaller than the notch on the iPhone 11 Pro as well.

Richard tells us it is the most sophisticated notch on the market. A gesture sensor, 3D depth sensor, ambient light and proximity sensor and selfie camera is installed in the notch.

Oooh! There is side-touch interaction on the Mate 30 Pro. Richard shows how you can move the virtual button.

The Mate 30 Pro has the most advanced 5G antenna in the world. 21 antennas in total, and 14 for 5G. The Mate 30 Pro supports 8 5G frequency bands. The phone is the "best for global connectivity", according to Richard.

We are shown a Speedtest.net speed test between the Mate 30 Pro 5G and a Samsung Galaxy Note 10+ 5G and the Huawei device wins. The Mate 30 Pro has a dual Nano sim design, where two calls can be taken at once.

Richard notes that the Huawei Mate 30 Pro is a second generation 5G phone, with a 5G SoC.

Cooling is mentioned. Richard says the Mate 30 Pro is the best 5G phone with the best cooling system. It has Graphene film cooling technology, which helps keep the handset cooler.

And, reverse wireless charging is back, and now it is 3x quicker than on the Huawei Mate 20 Pro.

Macro photography up to 2.5cm.

40MP RYYB Sensor powers all this.

The hot camera shooting mode of the moment, Night Shot, also gets a run out. Results look impressive.

SuperSensing Cine Camera system is a Mate 30 Pro exclusive. You get a Ultra-Wide Cine lens 40MP, a SuperSensing Wide lens 40MP, and also a 8MP telephoto. Over 400,000 ISO and pro bokeh is also delivered.

We return to low light photography, and even in ultra-wide the Night Shot function delivers strong results. Ultra Wide Night Shot is the name.

Zoom functionality on the Mate 30 Pro, even for portrait photos, is shown off. HDR+ image capturing. Protrait with Pro-Bokeh looks well lush, as too do images taken with the phone's selfie camera.

That 51200 light sensitivity is particularly impressive.

7680 fps is also just ludicrous. The Note 10+ can only do 960 fps. A video of a humming bird is shown off to demonstrate how slow the footage is and, yes, it is very, very slow. The bird's wings could be clearly seen flapping, when normally they are just a blur.

"Very expensive equipment" is how Richard describes the camera technology.

GoPro watch out! Huawei AIS is shown off with a series of shots of extreme sports being shot. Very stable and shake free it looked, I can tell you.

4K Cinematic Time-lapse anyone? Well, the Mate 30 Pro has it. And it can also do low-light time-lapse as well at 4K. A video showing this in action is played, with time-lapse videos taken from around the globe at every time of day slotted together with some epic music.

A selection of supporting camera accessories are shown off, and then a selection of images and videos shot on Huawei hardware.

EMUI 10! "EMUI 10 running on the Mates 30 series of phone. Because for the latest Android 10" says Richard. Hmmm, that is still a little unclear. Is this phone running Android 10?

Queue video showing new features like Dark Mode, Fluid Swipe and Always-On Display. EMUI has a new design and there are plenty of fresh new clock faces to use with the always on display.

Dark Mode "dramatically reduced the phone's power consumption", which is nice. Not that Huawei really needs it as its battery life is typically fantastic.

Smart Gesture Control is also delivered, with users capable of scrolling webpages, capturing images and, with your eyes, use AI Auto-Rotate. This rotates the screen automatically depending on which way you are looking at it. A chiseled bro shows how it works in a slick video. That feature looks genuinely useful.

And, after talking up the phone's privacy features, which includes a very cool feature called AI View that can automatically detect if someone is looking over your shoulder when using your phone, Richard Yu closes the segment on the Huawei Mate 30 Series. Well, that was interesting. As expected Huawei did not talk about Android, and Android 10 was only mentioned once.

We're guessing it is using an open-source version of Android 10, and not Google's official version with its apps and security patches.

The Huawei Watch GT 2 is a thing. Richard is wearing one and he shows it off on stage. The watch has a new design and comes in two sizes, 46mm and 42mm. There are wide-variety of coloured bands to choose from.

The Watch is powered by the Huawei Kirin A1 chip.The watch allows you to take phone calls on your wrist and listen to music (up to 500 songs can be stored). Battery life is two weeks on a single charge with a typical usage scenario.

Richard then shows off the Huawei FreeBuds 3 and the Huawei Vision, which is a smart TV with some pretty nifty looking AI and smart home functionality built in.

And, with that, the show is concluded.

What a shame it is for the new incarnation of the Mate Series to launch as a shadow of its former self. Last year T3 was blown away by the Huawei Mate 20 Pro, with us calling it a "a rapid, stunning, and feature-packed flagship that you'll simply fall in love with".

We couldn't get enough of its gorgeous design, vivid OLED, HDR display, blisteringly quick Kirin 980 processor, superb Leica-made camera system, and capacious 4,200 mAh battery. The Mate 20 Pro also came running a full fat version of Android 9.0 Pie out of the box, and worked seamlessly with all of Google's apps and services. In many respects, it was the perfect Android smartphone, and we recognised that by concluding that "the Huawei Mate 20 Pro is one of, if not the, best smartphones ever made, delivering an experience that leaves nothing to be desired."

As such, while the hardware package delivered by Huawei this year is truly excellent, for users who have spent years using official Android and Google apps and services, it will no doubt be hard to adjust and feel like a serious downgrade.