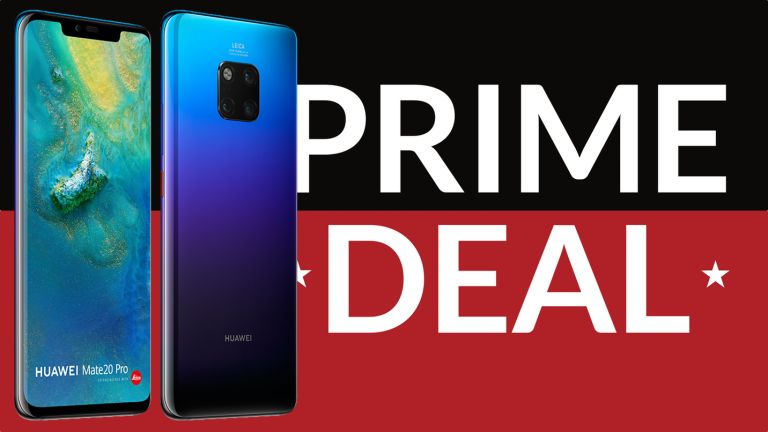 We're now into the final few hours of Amazon Prime Day, which means it's your last chance to get some staggeringly good deals. And if you're looking for a new smartphone, you can't really go wrong with this Huawei Mate 20 Pro deal.

Amazon has dropped the flagship Huawei Mate handset to its lowest ever price on the online retail site – from its RRP of £899, down to £499.99. That's a saving of £400, which isn't bad at all. And since you'll be buying the handset SIM-free, you're able to bag a bargain SIM-only deal with as much mobile data as you need.

Huawei Mate 20 Pro | 128GB | Was £899, Now £499.99
This is an astoundingly good deal, especially given this flagship smartphone was – until very recently – rated as the best Android smartphone money could buy in our definitive chart. With a 2K dual-curved 6.39-inch OLED display, triple camera with support for Portrait Mode-style images and ultra wide-angle shots, as well as an in-screen fingerprint scanner.View Deal

Thankfully, Amazon has slashed the price of its Prime membership by £20, bringing down the annual cost from £79 down to £59.

That means Amazon Prime will cost you less than £5 a month, which is pretty stunning value given what is included in the scheme and you'll get access to every deal and discount available on Prime day.