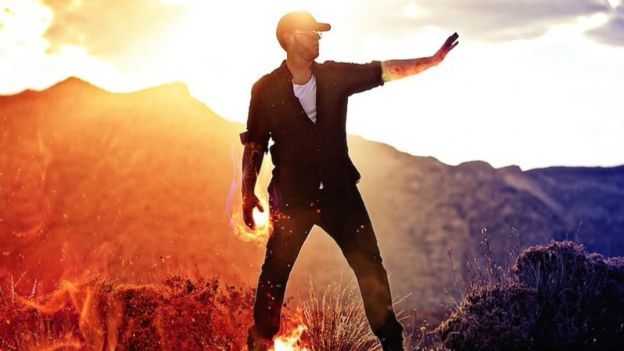 Seeking a badass wearable to add to your Christmas list? Then look no further, because we've found the hottest one around.

Introducing Pyro, an awesome fireball shooting wristband. Yes, you read that correctly, actual balls of fire like the Human Torch throws in the Fantastic 4.

Created by magic trick company Ellusionist and magician Adam Wilber, the wrist born device is like a smartwatch tailored for superheroes.

Pyro has four barrels, each of which can fire a single ball of flame at a distance of around three metres before it needs to be reloaded with flash paper. The firing switch is separate and can be used up to 30 feet away from the flame unit itself.

Wilber dramatically explains: “Fire. Since the dawn of time it has been the reward at the end of man's quest. Both creator and destroyer, it has historically been the element hardest to control. Until now. Your quest is over. The power of fire in the palm of your hand. That's the power of Pyro.'

While it's generally aimed at illusionists and budding magicians, Pyro is already causing quite a stir online, generating excitement amongst wannabe superheroes.

Sure, it may not display texts and boast health-tracking features like the Apple Watch, but this badass flame-throwing tech is one of a kind.