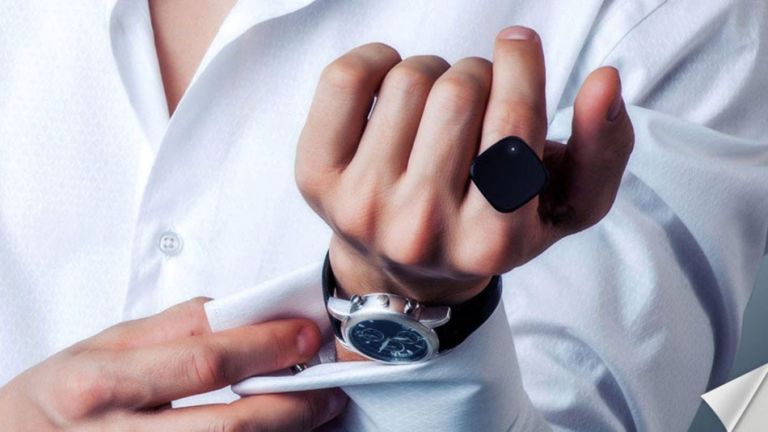 Smartwatches aren't enough wearable tech for some people, that's why this smart ring was launched to make it even easier to control your gadgets from a distance.

The Neyya, originally named the Fin, is a ring with a capacitive touch-enabled top that means you can swipe across it to control music on your smartphone or take photos with a GoPro camera.

Notifications come through directly to your fingers with customised vibrations depending on whether it's a message, an alarm or an email.

Plus you can even control the camera or launch Siri directly from the ring.It originally started life on IndieGoGo as the Fin ring, but it's now been renamed Neyya and will be available on Amazon from November 26.

There are three different sizes depending on how chubby your digits are. You also get a choice of material with a titanium version at £130 or a gold-plated version at £160.

It works for Android, iOS and Windows 8.1 as well as OS X.

The company claims it has a three-day battery life, so if you're a collector of wearable tech and enjoy the blocky design then maybe this will be useful in controlling your favourite tech.