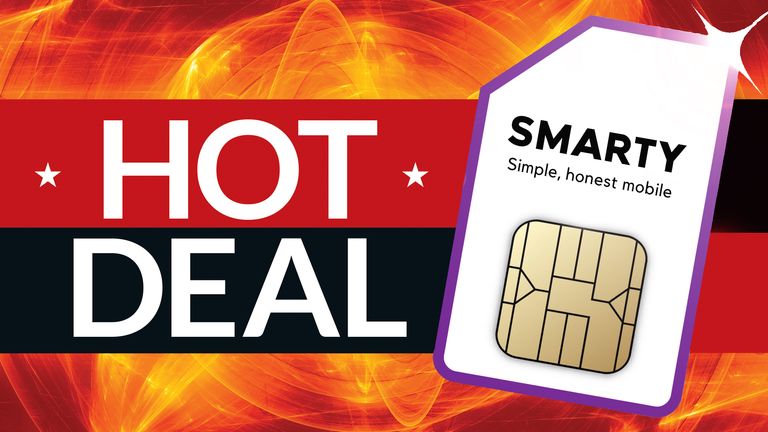 Each and every day T3's deal hunting team search out the very best SIM only deals on the market. That's because we think that while it is often a smart option to pick up a new handset with a SIM plan, if you're then still happy with your phone once that SIM plan runs out, we think it is equally as smart to bag a great SIMO deal.

This is because SIM only deals, free of any tie-in handset, can offer far bigger monthly allowances in terms of data, minutes and texts, and can do so for less money, too.

A good example of this is this is on offer right now at Smarty, who are rated as one of the very best SIM only plan suppliers in the UK. The deal in question offers unlimited minutes and texts, as well as 100GB of data each month, for just £15.

What makes this deal properly special, though, is the fact that it comes contract free, with the plan simply rolling over each month. This means that its owner can, if they desire, cancel at any time. No penalty fees, no drawn out conversations with disinterested call centre reps, just an immediate cancellation.

However, with such a monstrous amount of data to burn each month, as well as unlimited minutes and texts for such a low cost, we don't really see this deal being bested for a long time.

The full details of the SIM only deal can be viewed below:

SIM only plan from Smarty | 1-month rolling | 100GB data | Unlimited calls and texts | £15 per month
100GB of data each month for just £10, along with unlimited minutes and texts and, best of all, no long-term contract in terms of commitment is SIM only heaven. Available now from Smarty with free delivery also included.
View Deal

For even more great SIM only deals be sure to check out T3's authoritative SIMO deals comparison chart below, which lists the very best offers currently available in the UK. What's so good about the chart is that is allows you to filter by a myriad of different things depending on what is most important to you, including contract length, monthly price, data allowance, texts allowance, calls allowance, network, product name and more.