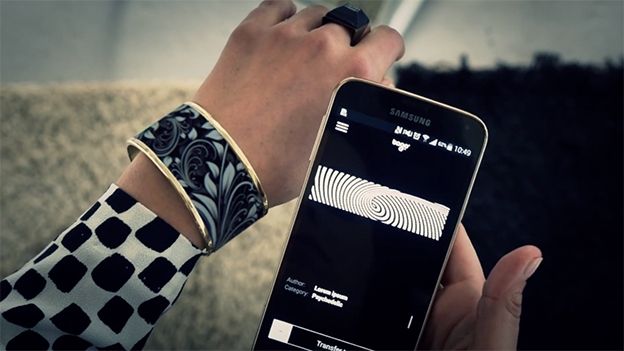 Is it a smartwatch? Is it a fitness tracker? No, its actually a smart bracelet designed to let you change the design on your wrist as often as you want.

But why is there such an interest in the wrist-bound gadget? Well, simply it has the potential to become one of the first truly personal pieces of high-tech jewellery available.

That's thanks to the fact that you can create your own designs which are then beamed to the bracelet thanks to NFC. Of course, that means that you'll need an NFC enabled phone (sorry iPhone owners, you phones are a no-go for the time being while Apple locks down NFC to ApplePay).

Alongside being able to choose your own pattern to display, the bracelet has some other nifty tricks. One such trick is the ability to absorb all the power it needs by NFC while linked to your phone.

The downside? Well at the moment, the bracelet requires 15 seconds to transfer an image. However, the team have confirmed that they are working to try and reduce the amount of time it takes before the first bracelets ship in December.