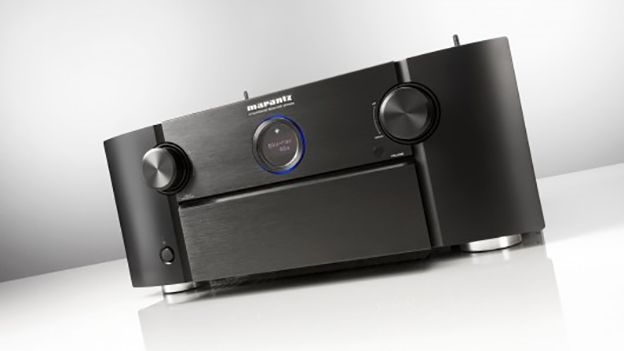 If you're not a home cinema buff, you're unlikely to have ever come across the third number before. The third number in an Atmos system refers to overhead speakers. The first and second of course refer to the number of satellite speakers and the subwoofer.

The addition of overhead speakers is the biggest change with home Atmos speakers. The main reason for their inclusion is that Atmos works differently to traditional 5.1 and 7.1 sound surround systems.

“Any sound heard in a movie scene – a child yelling, a helicopter taking off, a car horn blaring – is an audio object,” Brett Crockett, Dolby's director of sound research, wrote in a June blog post. “Filmmakers using Dolby Atmos can decide exactly where those sounds should originate and precisely where they move as the scene develops.”

“Thinking about sound in this way eliminates many of the limitations of channel-based audio,” Crocket continued. "In a channel-based system, filmmakers have to think about the speaker setup: Should this sound come from the left rear surrounds or the left side surrounds?

“With Dolby Atmos, filmmakers just have to think about the story: Where is that yelling child going to run? The Dolby Atmos system, whether in the cinema or a home theater, has the intelligence to determine what speakers to use to precisely recreate the child's movement in the way the filmmakers intend.”

According to Marantz's announcement of the system, those wishing to use the 7.1.4 and 9.1.2 set ups (a total of 11 speakers) will require an additional power amplifier to do so.

For those who don't want downward facing speakers, Dolby has confirmed that it is working with speaker partners to launch ground-mounted upwards speakers.

As for movies that are capable of taking advantage of Atmos, they'll start arriving in autumn.