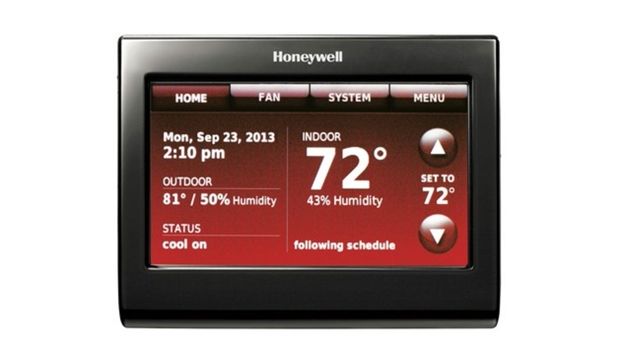 Honeywell has announced a new thermostat that can be controlled by a user's voice.

Its Wi-Fi Smart Thermostat with Voice Control allows users to control their air conditioning and heating.

Voice controls have been designed to be simple. Saying “hello thermostat” will enable a command to be used. Adjustments can be made via commands such as “make it warmer” to increase the temperature by one degree, or “make it much warmer” which will increase it by four degrees.

You can also specify a certain temperature or number of degrees, such as “I'm hot. Make it five degrees cooler”.

The thermostat can also be controlled via a dedicated app that is available on iPhone and Android, as well as the dedicated touch panel.

According to Honeywell, the thermostat can adapt to your routine, such as making the house warmer when it anticipates you will be arriving home.

The Wi-Fi Smart Thermostat with Voice Control will be on sale this November for $350 (£218).