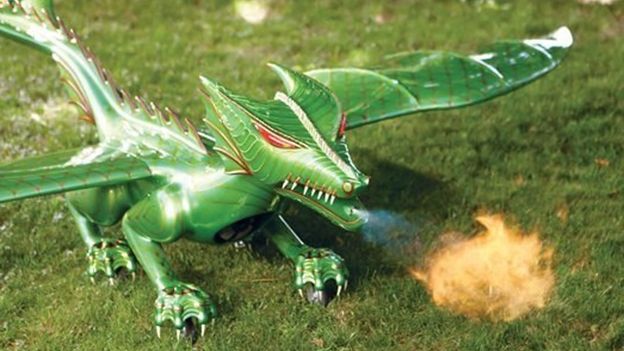 Ever wanted a remote control dragon that can fly through the air? Well want no longer, because you can now buy one from the US. The catch? It costs $60,000.

Hamel has a long history of touring the US remote control circuit with his award winning creations.

The remote control dragon offered through Hammacher Schemmer is said to be capable of flying up to 70mph. However, it's propane-powered fire breathing ability only works at ground level though, so unfortunately terrorising peasants from the air is off the table.

According to the specifications, the remote control plane has a nine-foot wingspan and weighs 18kg.

You can see the dragon in action by watching the video below.