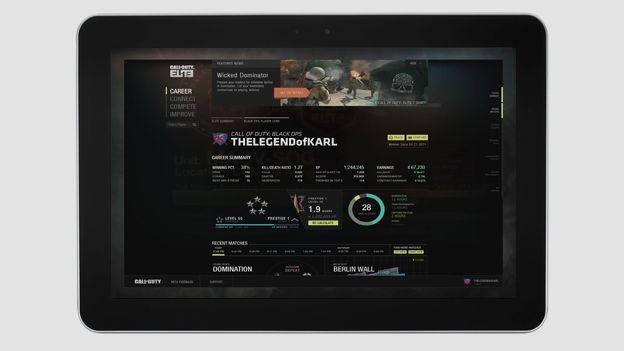 A Call of Duty Elite Tablet app is in the works according to Activision Product Director Noah Heller with the app heading to both the New iPad and Android tablets.

Speaking to T3 at a Call of Duty Elite briefing the Product Director pointed out that this was just a natural transition for the service after doing so well on the mobile app (2m downloads and counting).

“We're working on the tablet app right now, I can't tell you much about it but what I can tell you is that it will be a truly native, customised application for the tablet, it's not just a simple port.”

“Once we saw how popular the mobile app was we realised, look we have to build something special for tablet.”

While Heller was tight-lipped about confirmed features for the tablet he didn't rule out the possibility of having live Heat Maps available on the tablet while you would be playing in game.

While much of the new apps are open to speculation it seems likely that it would allow many of the same features that are available on the mobile app including weapon loadout customisation.

Focusing mainly on Call of Duty: Modern Warfare 3 the app will reportedly tie in seamlessly with the Elite experience both on the PC and Mac and also on the Xbox 360 Elite app.

With the new iPad's retina display bumping up app file sizes considerably it'll be interesting to see just how HD the Activision go with their upcoming app.