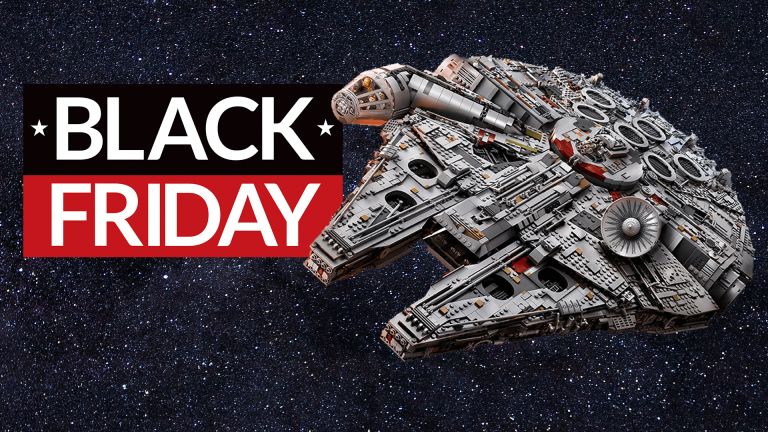 John Lewis' Black Friday deals are a smorgasbord of delights, and includes big money off some huge, iconic Lego sets. Whichever giant film franchise you're into, there's an astounding collectible set that's perfect for you.

For Star Wars stans, there's a rare discount on the Ultimate Collector's Seres Millenium Falcon, which is the biggest Lego set ever sold in terms of number of pieces, and creates a mind-blowing ship that's to scale with Lego minifigs, including various rooms inside the ship.

And finally, there's the Lego Harry Potter Hogwarts Castle showpiece, which recreates the entire castle as seen in the movies. Brilliantly, it's built to microfigure scale (really tiny Lego figures, basically), and comes with loads of little characters, so you really get a sense of the size and detail.

LEGO Creator James Bond Aston Martin DB5: £103.99 (was £129.98) | John Lewis
Save £25 - This John Lewis Black Friday deal gives you a 20% discount on this impressive replica model of Agent 007’s iconic 1964 sports car. Suitable for ages 16-plus, it comes with a wealth of authentic details and functioning gadgetry. Awesome. View Deal

LEGO Star Wars Ultimate Collector Series Millennium Falcon: £548.67 (was £645.49) | John Lewis
Save £96.80 -  There are over 7,500 pieces and four classic crew mini figures (Han Solo, Chewbacca, Princess Leia and C-3PO) in this Star Wars LEGO set. It’s one of the largest, most detailed LEGO models ever created, and you can get it with a 15% discount now with this John Lewis Black Friday deal.View Deal

Expect to see a lot more Lego deals over Black Friday for lower-priced sets, but if having a spectacular once-in-a-lifetime Lego build takes you fancy, we doubt you'll see better priced on these particular sets than this.