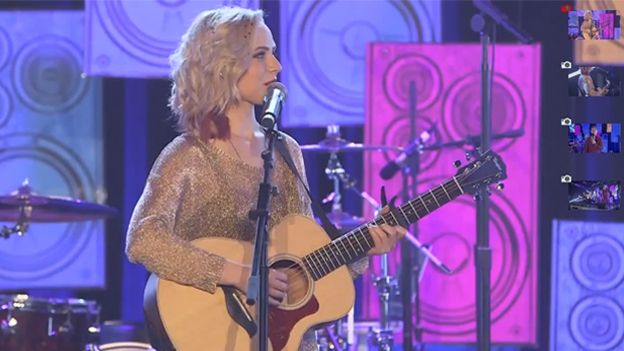 Anyone with a vague interest in TV production will probably have imagined what it would be like to control a multi-camera setup, now YouTube is going to let you do just that.

The new beta service called Multiview allows you to choose the angle from which you watch YouTube videos. Well, one YouTube video - in this case a pleasant ballad by a lady called Madilyn Bailey.

What YouTube has done is combine four different camera angles into one video. So you can either pick one, and stick with it, or flick between the different angles. That's good, because if you get distracted by modern music videos with all their fast cuts, you have the option to just watch the performance.

On the flip side, if you don't think Madilyn Bailey's soft and melodic tune is exciting enough, then you can cut between the cameras in quick succession, turning it into something that will be more appropriate for our attention-span lacking youth.

It's a good idea in theory, but if YouTube really wants to sell it as a "you direct" type thing, it will need to work on the transition from one angle to the other. Sadly, when you click to move from one camera to another, there's often a little stutter. That might not be a problem on spoken word content, but on music it's a real deal breaker.

One nice thing though is that you can also press the number keys, from 1-4, and use them to change the camera angle too. It's like being a vision mixer on Top of the Pops. Sadly, the YouTube generation won't remember Top of the Pops, because they're all 14 and would thus have been six-years-old when it was cancelled.