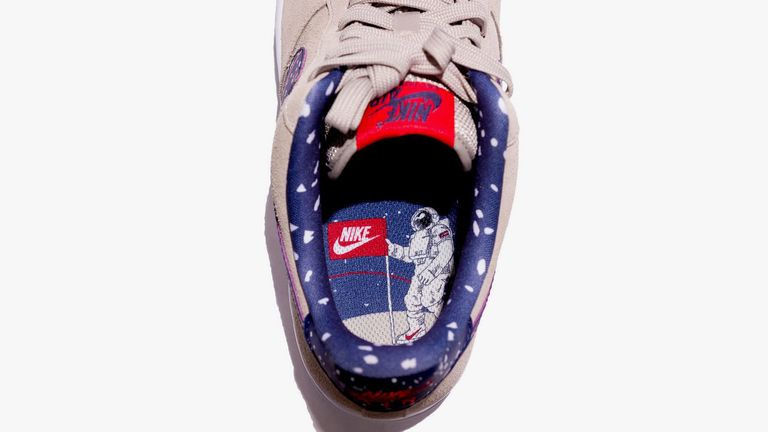 Next year marks the 50th anniversary of man landing on the moon, and it looks like Nike is starting the celebration early with these NASA inspired trainers.

Available in both classic Air Force 1 Low and more modern Air Huarache silhouettes, these sneaks are packed with subtle motifs from the final frontier.

The shoes features a premium tan suede upper with a NASA inspired red, white, and blue print on the swoosh, heel, and collar.

The coolest feature is the insole, which stars an astronaut (wearing Nike shoes, of course) planting a Nike-branded flag into the surface of the moon.

Check out the shoes below:

It doesn't look like these are an official collaboration between the Nike and the space agency – it looks like Vans scored an exclusive there (expect something to be announced soon).

There’s also no release date or price information yet, but we'll update you as soon as we hear anything.