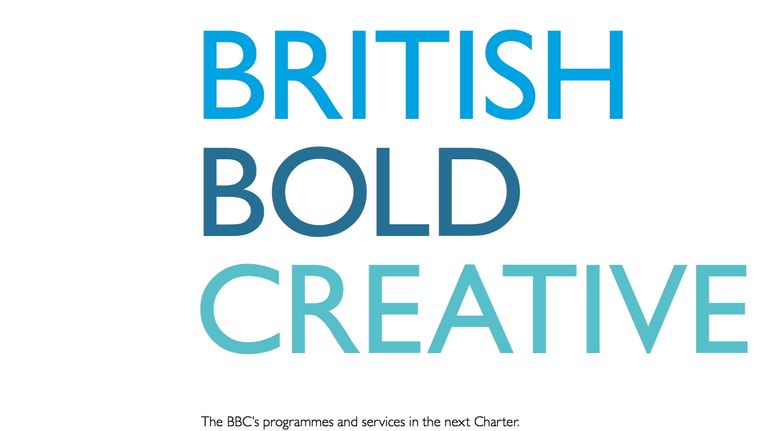 The BBC's annual charter review document went live on Monday, with the report highlighting its commitment to British broadcasting.

The British. Bold. Creative. report also made special mention of two specific new services the BBC is targeting to bring it in line with the changing ways people are listening to music, and more specifically how they're listening to radio.

The first is a way for listeners to create their own radio station using BBC content - whether live or on-demand - and the second is for a brand new music streaming service integrating with other digital music providers.

All the radio you want

According to the BBC report 90% of the UK listens to the radio each and every week, and most of that listening is done live.

“But the way that people listen is changing,” says the report. “There are hundreds of thousands of stations from around the world available for free online. New devices are putting vast amounts of audio content in your pocket. People still want the simplicity and companionship of live radio but they also increasingly want the experience to be more personalised and more in their control, whether at home, on the move, or in the car.”

The BBC's answer to this is to provide users with a way of creating their own bespoke radio station, made up of BBC content from across its radion domains.

The idea is to allow you to combine live radio shows with on-demand content as well as bringing in music playlists from either BBC Music's Playlister feature or the potential new music streaming service it's also developing. The BBC also wants you to be able to put all this together with live updates for news, sport, weather or travel.

“This means listeners will get access to all their favourite audio content in one place,” explains the report, “but also discover new things that suit their tastes and needs, without having to search through thousands of programmes.”

The second aim for the BBC's radio revolution is a new music streaming service. The BBC has “developed a digital music proposal with the music industry, which builds on BBC Music's Playlister.”

Taking the 50,000 tracks the BBC broadcasts every month across its radio network the new service will allow streaming of the entire library for a limited period of time. We'd guess that would be the 30-day limit it's licensed for.

That might seem like a small library by comparison with the likes of Spotify and Apple Music - whose libraries reach upwards of 30,000,000 - but with the tracks offerings potentially changing every month it will be a continually evolving beast.

And that is the aim of the service; to provide a way for listeners to keep up with the latest music, the unsigned bands in the BBC Introduction initiative and independent UK artists and labels that might not get the global coverage they deserve. Using its historical expertise, the Beeb will be creating curated playlists of the different content available across the network, trying to make it as easy as possible to keep up with the latest in the UK music scene.

“Exclusive and unique live performances would be a big part of our service, whether it's a Live Lounge, a performance from Radio 1's Big Weekend, or a forgotten gem from our classical archive,” says the report. “Tracks will also link back to their original broadcast on the BBC, enabling audiences to discover more long-form radio and television programming.”

Interestingly the BBC isn't looking at this service as something to replace your other subscription-based streaming options, but looking at it being a supplementary service.

It's aiming to be the first open streaming service, allowing it to be fully integrated with other digital providers. That should mean even when tracks are rotated out of the 50,000 strong track library you'll still have access to them by exporting the curated playlists, either pre-made or made by you, out to other streaming services.

These new proposals are really interesting and show how the BBC is really trying to keep up with the changing face of the media and especially the way we listen to music and radio. And if these are typically free BBC services then they could be very successful.

Here's hoping they both see the light of day.