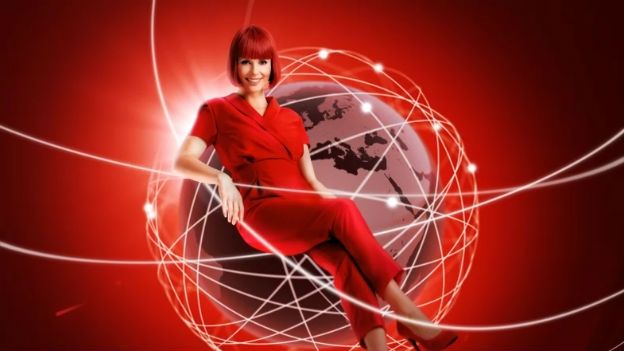 As August draws to a close, we're about to set foot into a manic month in the tech world, with some very interesting products on the horizon.

It's impossible not to get a little excited as the tech industry gears up for one of its biggest annual consumer shows – IFA. The conference, which takes place in Berlin, is Europe's grandstand event to showcase the products we'll be salivating over in the next few months.

If you're wondering what could possibly come out of the show, which runs from September 6th to the 11th, we've got a fully packed rumour round-up to keep you ticking over.

However, before IFA even kicks off, we've got two pre-events taking place next week, both of which could give us some rather interesting products.

First off is South Korean mobile giants Samsung, who announced they will be hosting Episode 2 of their Unpacked series next Wednesday (September 4) to, most likely, show off two new flagship devices.

Leading the charge is the Note 3, an update to the surprisingly successful Galaxy Note line of smartphone and tablet hybrids. Expect this 'phablet' to come packed to the brim with high-end specs, including a full-HD screen, beefy processor and possibly even 4K video recording.

That's not all folks; Samsung has something else up its sleeve. Smartwatches are the new 'in-thing' in the tech world, with rumours swirling that everyone from Google to Apple are going to be releasing their own in the next 12 months. Earlier this year we saw Sony show their hand, with the Smartwatch 2, and now it's the turn of Samsung who are set to unveil the Galaxy Gear.

While very few concrete details are known about this wrist-based device, rumours point to it connecting to your current smartphone, probably through NFC and Bluetooth, while it'll most definitely run some form of Android. A variety of colours is also a high possibility, though the price will be the real sticking point.

Sony is also holding an event on the same day, where they will likely show of their updated flagship smartphone, the Xperia Z1. Sony has been tweeting playfully for weeks now that an update to the Xperia Z is coming.

Leaks so far seem suggest the Z1 will come packing a 1080p display and be powered by a Snapdragon 800 quad-core chip. Camera wise, it is rumoured to come toting a 20 megapixel rear facing snapper and a two megapixel front facing camera for video calls.

The Last Of Us or Hotline Miami? Xbox One or PS4? Voting is open in the world's biggest gaming awards, the 31st annual Golden Joysticks have your say now!

The what, Nintendo? CVG runs the rule over the new, affordable 2DS.

"Like, is this something that's really happening? Is this real life?" GamesRadar gets discombobulated about the Nintendo 2DS

Got a Wii U? Know what you need? This definitive list of the best Wii U games, that's what.

PS4 pre-ordered? Pah. Here's something for the truly hardcore PlayStation fan. The most expensive PlayStation games – PS1, 2 and 3 titles that can cost as much as a PS4.

Better late than never. Here's OPM's pick of 7 PS Vita lifelines from Gamescom – the things Sony is finally doing right with its handheld.

Bruce Campbell has nothing on OXM's Aoife Wilson. Here's how she killed 1314 zombies in 15 minutes during a Dead Rising 3 hands-on.

Everything you could ever want to know about the brand new Nintendo 2DS hands-on impressions, release date, price and more.

Direct from Gamescom in Cologne: OXM gets hands on with Pokemon X and Y for the first time.

Go to the top of the class, T3! Here's everything you need for going Back to school: thebest laptops, tablets, and tech for the new term.

Wondering "Which bike should I buy?" Cash burning a hole in your pocket? The best road bikes, electric bikes and folding bikes are all right here.

Like the normal S4 - but much more satisfying. TechRadar's Samsung Galaxy S4 Active review takes this sporty smartphone to task.

A new 'affordable' Ultra HD TV blazes into town. Is it worth the still-not-insignificant price tag? This Samsung UE55F9000 review has all the answers (and quite a few stars).

Reserved your next-gen console yet? If Microsoft are getting your cash you'll want these exhaustive Xbox One pre-order details.

Hey, you! Yes, you. That phone in your pocket is well out of date. But there's an easy solution: get bang on trend again by picking one of TTS' 5 phones to watch out for in 2013 and beyond.