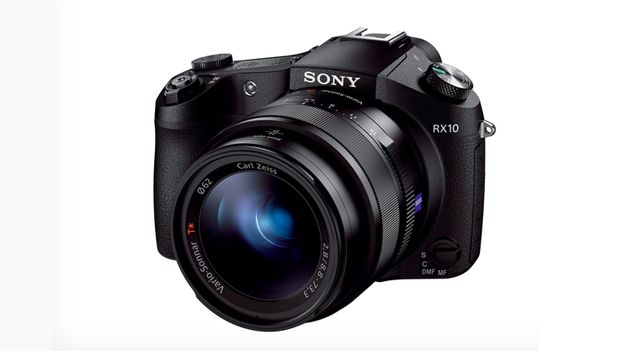 Sony has unveiled a new point and shoot that it hopes will overcome many of the shortcomings of bridge cameras.

The RX10 camera is a £999 bridge camera with a spec sheet that rivals some DSLRs. It features a 20.2 megapixel, 1-inch backside illuminated sensor, all of which is behind a massive 24–200mm lens. Even more impressive, the lens has a constant aperture f/2.8 optically stablised lens.

The camera is the latest member of Sony's RX range of cameras. Because of that, it shares the same sensor as some of its other cameras in the range, including the RX100 Mark II.

According to Sony, the camera is the first to be available at an aperture of f/2.8 with that level of zoom. It is also said to be powerful close up, with a very short 3cm minimum distance for macro shots.

The RX10 also comes with the latest generation of its in-camera image processor, the Bionz X. It also features a new, high-speed focusing system.

Other features include a new Eye AF system which focuses on the subject's eyes, not just their face. It can also take up to ten frames per second while tracking their eyes.

Video wise, like many other cameras on the market today, the RX10 can shoot in 1080p at 60fps.

However, unlike many of those other cameras, it is said to be capable of processing data from every single one of the sensor's pixels. According to Sony, that means it will result in a much clearer image, as it doesn't drop pixels like other cameras do.

The RX10 also comes with a wide range of connectivity features, including Wi-Fi and NFC.

Bridge cameras – sometimes called super zooms – have been a feature of camera shops for a number of years now.

However, while they offer zooms normally reserved for much more expensive DSLRs with equally expensive lenses, they have often suffered from poor low light performance and slow autofocus.

The large aperture lens combined with the sensor in theory should combat that. We'll test that when we get hands on with it soon.

According to Sony, it will hit UK retailers' shelves on December.

In the meantime, check out our list of the best digital compact cameras you can buy today.