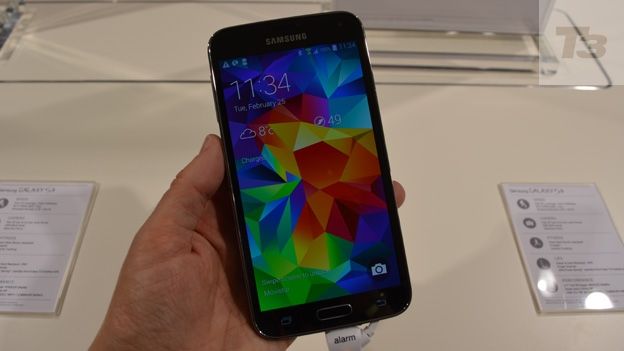 Samsung will allow app developers to access the fingerprint reader in the Samsung Galaxy S5.

The South Korean company released the software development kit (SDK) for the Galaxy S5 at Mobile World Congress on Wednesday. The SDK will also allow developers to program apps for the Galaxy Gear 2 smartwatch and Gear Fit fitness band.

The biggest news to come out of the release of the SDK is that Samsung will allow developers to make use of the fingerprint scanner found in the Galaxy S5.

Samsung's decision to open up the feature to developers stands in marked contrast to rival Apple.

Only Apple's own apps have access to the fingerprint scanner on the iPhone 5S.

In addition, the fingerprint is stored and retrieved locally – meaning that data is not sent over the internet. That approach means that online authentication is not possible currently with the Apple's TouchID.

That may change at Apple's Worldwide Developers Conference.

According to Samsung's own literature, “Pass allows you to use fingerprint recognition features within your application. With Pass, you can provide reinforced security since you can identify whether the current user actually is the authentic owner of the device”.

The first app to make use of the fingerprint scanner is Paypal. Galaxy S5 owners will be able to login to their Paypal account and authorise a payment with the use of their fingerprint instead of a password.

Other examples of ways the technology could be used is in Facebook's mobile app. A fingerprint could be required to post a message. That would in turn end the ability of people to 'frape' or Facebok rape a friend without their knowledge.