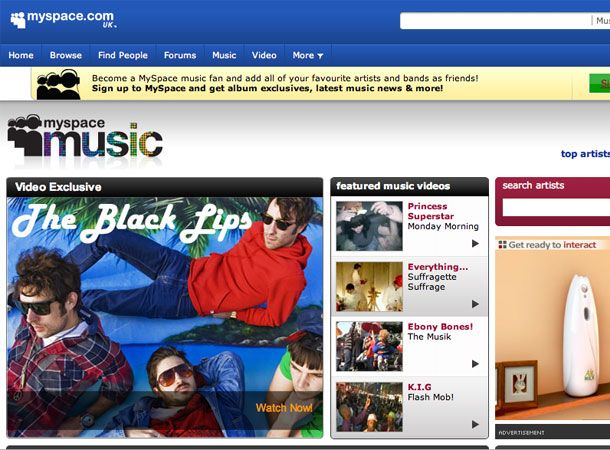 Recent cuts not enough to convince Murdoch to stay the course.

MySpace has been the poor relation to Facebook and Twitter for years now. Once king of the social networks, it's become a dumping ground for desperate new musicians and failed to gain any ground on its key rivals.

Which is why it seems Rupert Murdoch's News Corp, which bought MySpace for $580 million in 2005, is ready to cut and run. MySpace's operations guy Chase Carey said, “The plan to allow MySpace to reach it's full potential may be best achieved under a new owner."

"There's been a lot of interest, because there's been some indication we're pursuing this path,” he continued. “We'll consider all options... it could be a sale, it could be an investor coming in to it, it could be us staying in with a restructured ownership structure with management."

Whatever happens, Murdoch won't be getting his money back, although his focus now will be firmly on getting the Daily iPad newspaper into as many hands as possible.