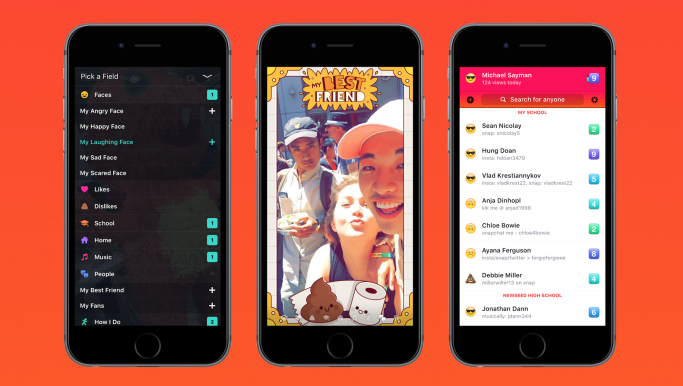 Not content with its recent work with Instagram Stories (you know, the attempt to battle Snapchat with... well, Snapchat), Facebook has just unveiled another social media offering aimed at all those teeny boppers out there. It's bright, it's garish and it's for kids - say hello to Lifestage.

It's a video focused affair that prompts you to capture footage and selfies of all the important things in the social strata of a modern teen - so that's your mate's dance moves, your lunch and various other things around your local centre of learning. The idea is to connect users in a given school in an attempt to break down what social divides still remain and get everyone sharing each other's school lives.

Designed by 19-year-old coder and Facebook product designer Michael Sayman, Lifestage might sound a little limited in scope, but that was a conscious decision. You can't send messages or likes and only users who are 21 and under can log in and use the app properly (those over that age will only be able to see their own profile).

You'll only be able to see the profiles of other users from your school once 20 pupils have signed up, so it's aiming to replicate the word of mouth nagging that helped Facebook take off a decade. Considering Facebook used this school hopping tactic all those years ago before going on to become the biggest social media site in the world certainly bodes well for Lifestage.

Why not check out: Double your smartphone battery life with stunning breakthrough