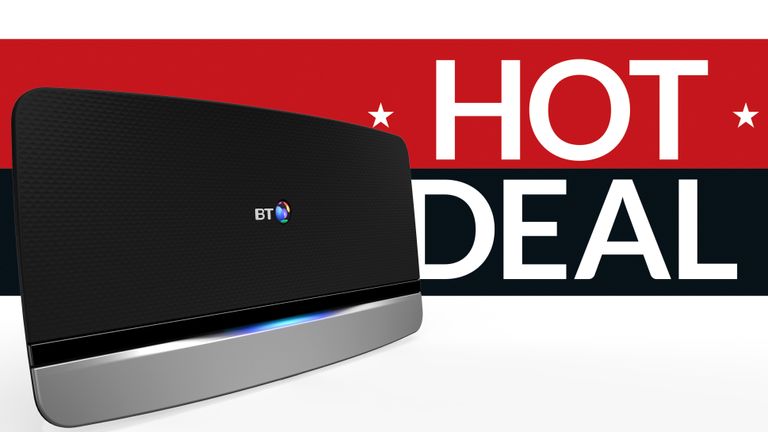 Like Cinderella, you should be wary of the clock striking midnight tonight. That's because it marks the end of a phenomenal fibre broadband deal from BT that includes a Google Home smart speaker worth £119.

BT remains one of the most popular purveyors of broadband in the UK. So, it's always a little surprising when it starts throwing in freebies with its deals. Nevertheless, that's exactly what has happened with this latest promotion.

BT is giving away FREE Google Home smart speakers when you sign up for any of its fibre broadband plans now. The £119.99 Google Assistant-ready speaker will be shipped to yours to take advantage of your speedy new Wi-Fi for no extra cost.

Best of all, the complimentary Google Home is on top of the prepaid Mastercards that BT bundles with all of its plans. Dubbed a Reward Card, this chip-and-pin card can be used anywhere that accepts Mastercard. Make sure you claim your Reward Card within three months of installation, otherwise you'll lose out on all that cash. The Rewards Cards range from £40 for the cheapest fibre plan, and top-out at £70 for those who sign-up to the priciest bundle.

Like Cindy, you'd better make a move before midnight if you're at all tempted by this free Google Home + Reward Card deal.

BT Superfast 2 Broadband | 18 months | 67Mb avg speed | Weekend calls | Unlimited usage | FREE Google Home | FREE £70 Reward Card | £39.99 a month + £9.99 router delivery
An extra £10 a month doesn't sound like much, but it lets you really ramp up the broadband speed to a rapid 8MB+ per second. Ideal if you have loads of people in your household all trying to use the internet at once or if you stream a lot of 4K content.
View Deal

If you'd rather not sign-up to BT (looking for something even cheaper?), why not check out the interactive chart of all the latest broadband and fibre deals in the UK at the moment or head over to our dedicated guide to today's best broadband deals.