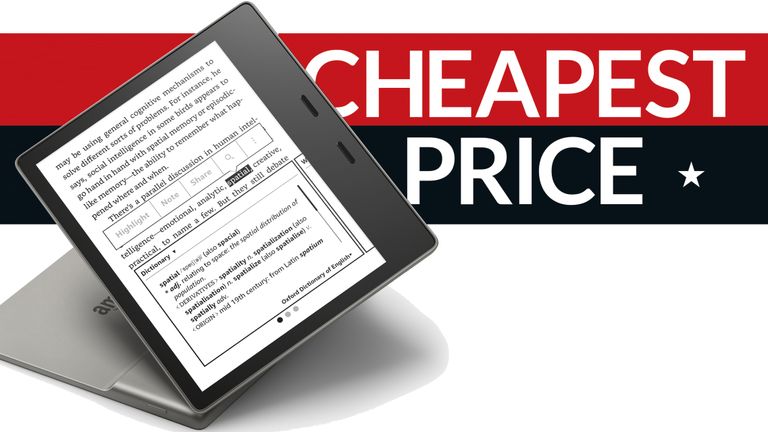 In case you missed it, Amazon just announced a new version of its flagship Kindle Oasis with a variable warmth setting for the screen. If that sounds like the sort of feature you can't live without, then you should probably stop reading this.

But if don't think your next paperback thriller will be negatively impacted by the lack of amber backlighting, then keep reading... Amazon is selling-off its remaining stock of the previous generation Kindle Oasis, which has the same size screen, same wedge-like design for one-handed reading, same screen size, same waterproofing, same battery life, and same page-turn buttons.

But it's not the same price – in fact, it's now much cheaper.

Amazon still has both Gold and Graphite colour finishes in all models, although we expect that will change fast as it's no longer creating new stock and these are now significantly cheaper than they've ever been before.

If you've been eyeing up the all-singing, all-dancing Kindle Oasis before but have refrained from dropping it into your virtual basket because of the price, this is an astonishingly good deal.

Best to buy sooner rather than later, as we can't see every configuration and colour of this heavily-discounted Kindle Oasis lasting until Amazon Prime Day next month.