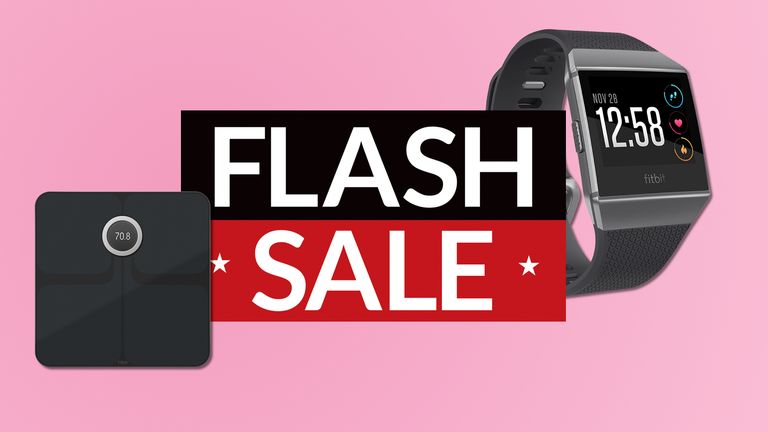 What a better time to surprise your significant other with a nice gift than Valentine's Day! It can also be a good excuse to further motivate your partner (or yourself) to keep on going with your new year's resolution: you promised yourself you'll get fit in 2020 and so you should! The Fitbit Valentine's Day Sale is here with the best Fitbit deals to date, helping you spend less on quality fitness trackers and running watches including the Fitbit Ionic and the Fitbit Inspire HR. If you want to expand on your home Fitbit-ecosystem, you can consider buying a Fitbit Aria 2, too, now also discounted.

For some reason, big sellers like the Fitbit Versa and the smart assistant-enabled Fitbit Versa 2 are not included in the UK sale, but do check out the links below to see the best prices on those fitness smartwatches as well.

• Shop the Fitbit Valentine's Day Range at Fitbit US

Fitbit Ionic Fitness Smartwatch | Sale Price £199.99 | Was £249.99 | You save £50 at Fitbit
The Ionic is much like the Versa, but with a bigger screen and it comes with integrated GPS too. The Fitbit Ionic is also water rated to 5ATM, supports contactless payments and can store music on the watch itself. As such, the Fitbit Ionic is the best Fitbit for more serious outdoor exercisers. View Deal

Fitbit Inspire HR Fitness Tracker | Sale price £69.99 | Was £89.99 | Save £20 at Fitbit
The Fitbit Inspire HR does it all what you'd expect from a decent fitness tracker: all-day activity tracking, sleep monitoring, automatic exercise recognition, measures steps taken/calories burned and even reminders you to move (if necessary). Up to five days battery life.View Deal

Fitbit Aria 2 Smart Bathroom Scale | Sale price £99.99 | Was £119.99 | Save £20 at Fitbit
Track weight, body fat percentage, BMI and lean mass using the Fitbit Aria 2 smart scale. It syncs with your phone via Bluetooth and collates all data in the Fitbit app. Using the Fitbit app, you can seamlessly integrate information from all your Fitbit devices and gather holistic data about your body. The Aria 2 supports up to 8 different user profiles too.View Deal