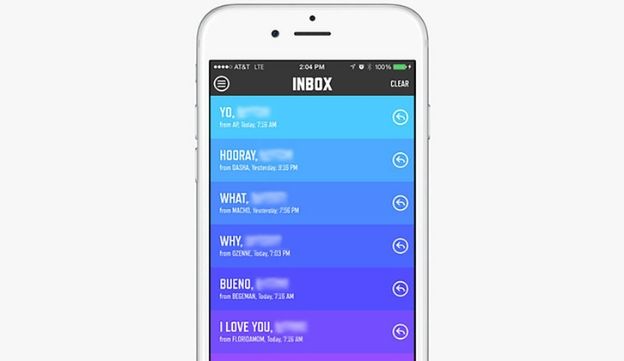 Aaron Paul has managed to turn his infamous Breaking Bad catchphrase into an iPhone messaging app.

Jesse Pinkman on Breaking Bad usually greeted people with a casual "Yo, b*tch," and now you can too.

Aaron Paul has released a free iPhone messaging app called YB, which allows users to send potty-mouthed messages to people in his voice.

The app, which is similar to the wildly successful Yo messaging app that launched earlier this year, lets you send a variety of b*tch-related messages in just a few taps.

While the free download comes with plenty of messages to satisfy your b*tch requirements, other packs can be purchased in app.

YB won't just let you message any old chum though, the recipient will have to download the app too.

Once you and your contacts are all set up on YB, you can start conversations with them and quickly exchange b*tches whenever the mood strikes. While its currently iPhone exclusive via the App Store, Paul tweeted that YB is coming to Android early 2015.

While its clearly not the most handy app on the market, YB will no doubt provide some comic relief on a dreary afternoon at the office.

Seeking your next box set binge since Breaking Bad? Check out T3's list of the best shows on Netflix right now.