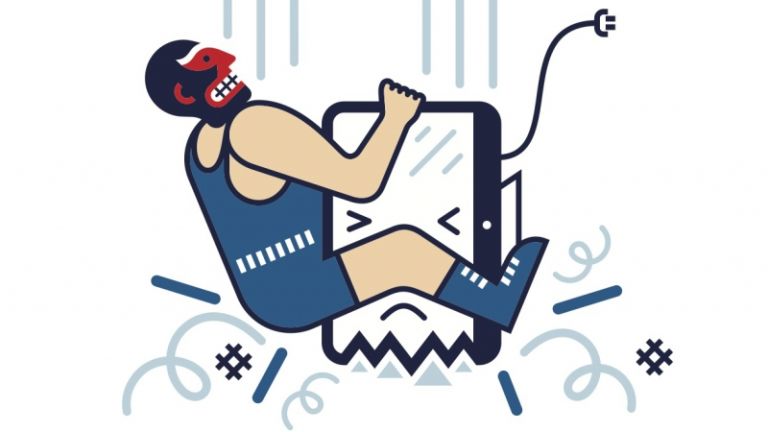 Face facts, guys. Despite superfast broadband andall that content on demand, we're still slaves to the TV companies who insist we pay for stuff we don't want, just to get what we do.

An à la carte enlightenment is all we crave, but the TV industry wants no pick 'n' mix revolution. If only there was a big company willing to nail America's TV dinosaurs with a steel chair and start a war that will someday free us all from cable's all-or-nothing tyranny…

What if I told you the outlaws at World Wrestling Entertainment (WWE) were going to see to all that for us? You'd
probably laugh in my face. But if you do that, I will destroy you with the following insights – and a diving forearm smash.
At the Consumer Electronics Show in Las Vegas, the company announced the WWE Network. It's the first 100 per cent “over the top” network, streaming programming 24/7/365, yet it flew under the radar amidst 4,626 reports on CES's plethora of 100-inch 4K TVs no one will ever own.

No matter. From February 24 in the US, WWE Network will feature original programming, an ocean of archive content and all the company's past, present and future monthly pay-per-view events. Those events usually run fans upwards of $40, but the network is priced at just $10 per month. It's a risk for WWE, but a staggering value proposition for fans. Now that is how you tackle illegal streaming.

Now, you may say, “It's only wrestling,” but dismiss the possible impact of WWE's plans at your peril; these wrestle-maniacs have form. In 1984 the first WrestleMania was beamed live to theatres via CCTV, more or less inventing pay-per-view

On-demand “proper” sport is already
big business in the US. We're way ahead of you, with baseball and basketball offering live streaming packages for viewers around the world. This is different, though: it's an entire TV network showing content 24 hours a day, just like HBO or ESPN. Significantly, it's also the kind of unbundled content Apple and Intel are chasing for
their IPTV projects, but have hit brick walls trying to procure.

So, forget that this is the home of spandex and body slams for a minute and think of the network as a catalyst for a much larger shake-up that benefits us all. Soon this could you your favourite sport, network, or event.

WWE's global audience is huge, loyal, tech savvy and loud on social media. The network feeds a wider thirst for this freedom of consumption that so far only WWE has been willing to gamble on. It will succeed and others will follow. It's time to put the Legdrop of Doom on the greedy middlemen. Content providers and fans can form a formidable tag team of their own.