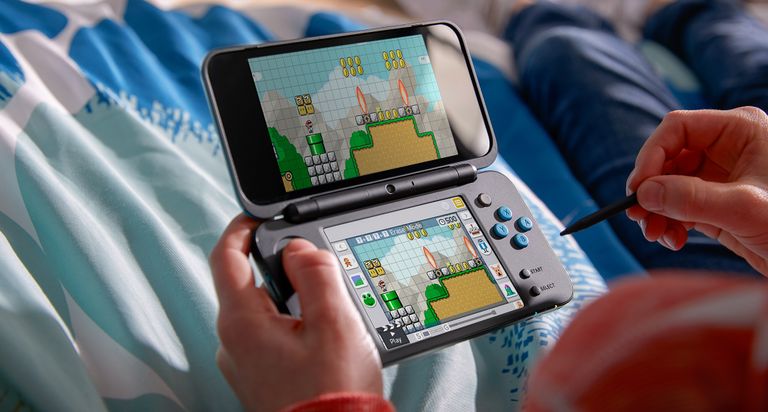 Nintendo has announced a new member to its mobile gaming family in the Nintendo 2DS XL handheld console.

As you probably already know we’ve currently got the Nintendo 2DS and 3DS XL available as options, but this 2DS XL is new. As the name suggests it will sit between the other two consoles. But what does that mean?

You still get the same clamshell design of the current DS consoles but this comes in cool new black and turquoise or white and orange colour options. It will also offer the larger screen size of the 3DS XL, except this version will be 2D only. So the best of both worlds then.

Despite being lighter than the 3DS XL the new 2DS XL will still offer NFC for amiibo cards and figures plus compatibility for all 3DS and DS games in 2D.

Nintendo has announced it will released the 2DS XL on sale with three new games. Hey! PIMKIN is a new Pimkin game with touch screen controls and side scrolling fun. Miitopia lets you cast Mii characters into a world to stop the Dark Lord who has stolen the faces of the townsfolk of Mitopia. Dr Kawashima’s Devilish Brain Training takes the mind concentrating gaming to the next level with challenging exercises.

The new Nintendo 2DS XL will be available to buy on 28 July. Pricing has yet to be announced.