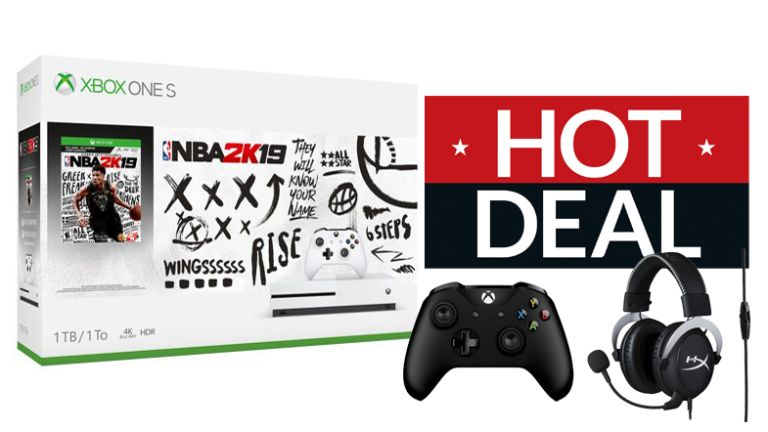 Amazon Prime Day may be rapidly spiralling towards its end tonight at midnight, however, its rival Walmart is still pumping out incredible deals left, right and center in its own super sale.

This very tidy bundle deal delivers an Xbox One S 1TB gaming console, a game, an extra Xbox One controller, and a brilliant brand gaming headset for cheap.

The best thing about this deal, though, is that it can be kitted out in a variety of different configurations, with multiple different games, controllers and headsets on offer.

The selectable games in the bundle include NBA 2K19, Battlefield V, Minecraft Creators, Forza Horizon 4 and Fortnite Limited Edition, while the gaming headsets on offer are the Hyper X Cloud X and Turtle Beach Stealth 300.

Xbox One S 1TB console with game + Extra Controller + HyperX CloudX Gaming Headset | now only $299 at Walmart | $65.33 saving
This is an awesome bundle deal from Walmart. You can take your pick from five different console with game systems, four different controller designs, and two different gaming headsets. The best value configurations get you the console, game, extra controller and gaming headset for only $299.View Deal

For even more great console deals, be sure to also check out T3's best Nintendo Switch deals, best Xbox One X deals, and best PS4 deals guides, too.