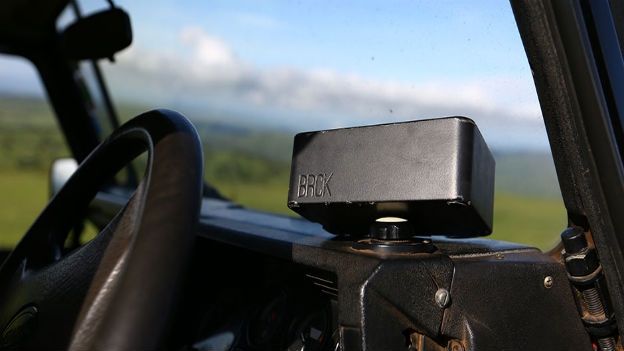 Creators of Ushahidi, the platform for communication during a crisis, have developed BRCK, a "backup generator for the Internet." The Kickstarter project has just gone live.

The gadget, which sells itself as the "most reliable way to connect to the internet, anywhere in the world, even when you don't have electricity," has just launched its Kickstarter project to help fund manufacturing costs.

The creators, also behind Ushahidi, are based in Kenya where working in places with poor infrastructure is an everyday occurence. They aim to create tools that will help people communicate in the toughest of situations, and help collect information in the most difficult places. The BRCK's goal is "to improve the way information flows in the world."

An official press release states, "One of Ushahidi's favourite sayings has always been 'If it works in Africa, it will work anywhere," and that remains true for our new product, the BRCK," Erik Hersman, Director of Operations for Ushahidi says.

BRCK can serve as many as 20 devices when there is an internet connection but can work as a 3G or 4G modem by swapping in the perpaid Sim card.

The device works between Ethernet, Wi-Fi, 3G, and 4G, offering an 8-hour battery life, programmable for new applications, and connected to a cloud-based server that can monitor performance and manage alerts.

Ushahidi's Director of Business Strategy, Nathaniel Manning, adds, "The emergence of a hardware product from an African company marks a phase-change point for tech invention. The BRCK shows that great ideas can come from anywhere, that innovation comes from solving real problems with constrained resources. Change happens at the frontier."

BRCK have set a goal of $125k but will offer extras such as different lid colours ($250k), early release of SDK documentation ($300k), and all BRCKS get a smart AC power supply ($600k) just some of the additional features the company want to produce.