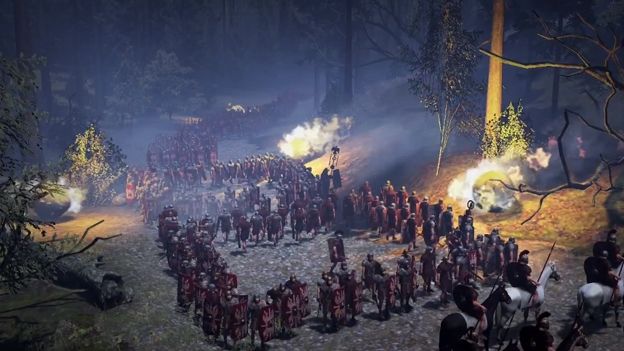 Total War: Rome 2 is arguably one of the most hotly anticipated PC games of 2013 boasting impressive new graphics and a whole new combat engine

A new trailer for Total War: Rome 2 has been released showing gameplay footage of the Battle of Teutoburg Forest where the Roman Army suffered a crippling defeat at the hands of the Germanic Tribes.

The trailer showcases just what the new Total War engine is capable of including individually rendered soldiers all who appear to have their own mannerisms and movements.

It also showed some of the new features including the true line-of-sight system and how the game will handle ambush scenarios adding in as much tension as possible.

This is just one of several historical battles that can be played out in Total War: Rome 2 with others including the assault on Carthage. Creative Assembly claim to have created their most scalable version yet with the game able to run on anything from high-end gaming machines to lowly desktop PCs.