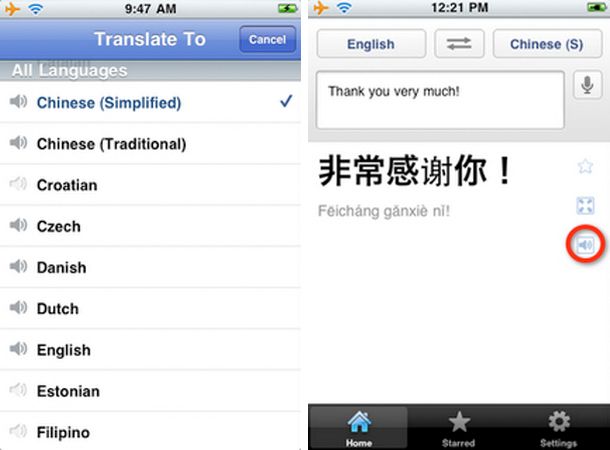 Google has just confirmed its iPhone translation app is now sitting pretty in the App Store. The add-on, available until now as web app for Apple's blower, lets you speak or write a phrase, before being translated into your language of choice.

If you want to use the speech input function, there are 15 languages available. That means you can can gabble into your phone and it'll work out just what you're saying. You can choose to either have words translated into text, or spoken back at you by your blower in 23 different languages.

Text can be enlarged to make reading easier. If you're a lazy British linguist, this also means you can simply shove the phone in someone's face and hope they understand. The app also eliminates the infuriating trend of speaking slowly and loudly in English until someone, anyone, understands.

The Google Translate iPhone app is up for grabs now. Take a look and let us know what you think on our Facebook and Twitter pages.