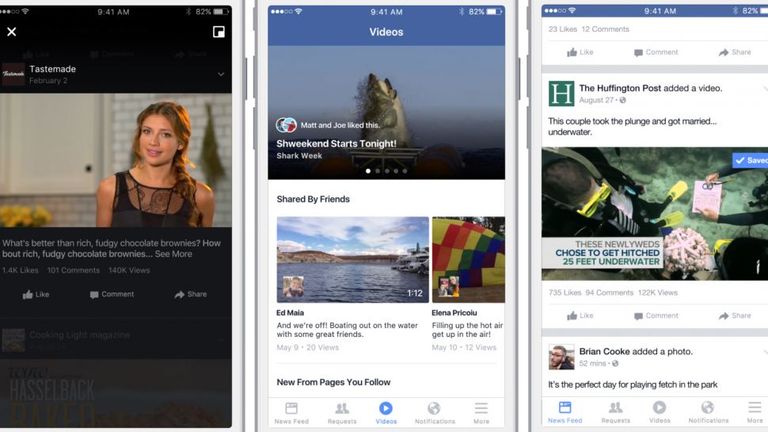 Facebook is throwing down the gauntlet to Google's YouTube through a news feed dedicated entirely to the visual medium.

The new section is initially being tested as part of its Apple iPhone app and gives Facebook users one place to find all video content shared on the social network.

It works by pooling together all video content currently being shared on Facebook and provides a place to view all videos saved for viewing at a later time as well as those suggested by friends, pages and other video services.

This feature is only being tested on a very small scale for now and it's unclear how long it will take until it rolls out any further than that.

The comparisons with YouTube don't end there. It has also rolled out a suggested content section to the iOS app that is remarkably similar to what the Google video service offers to its users. Suggestions that it provides are likely to be compiled using information on your Facebook profile. Following its iOS launch, It will start rolling out to the web before hitting Android in the coming months.

Another new feature that is also being extended is a way for people to watch a video in a floating screen whilst performing other tasks on the social media site. Although this isn't a brand new feature, the fate it's rolling out further shows Facebook's increasing commitment to video.

Whilst the chances of completely dethroning YouTube are rather slim, Facebook is one of a only a handful that has the user base and backing to do so.