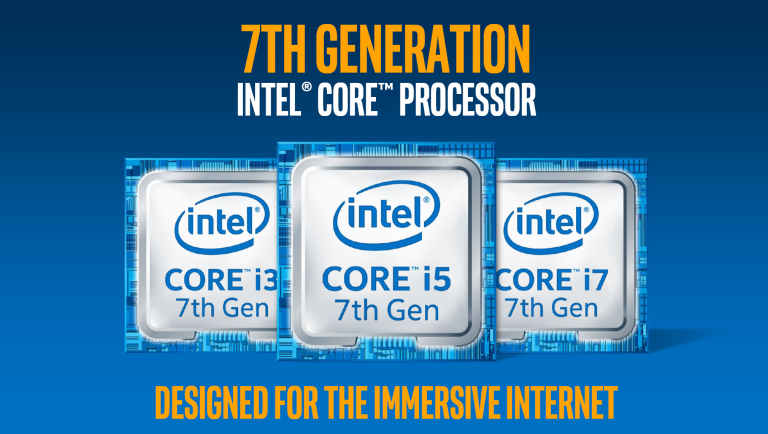 Around 100 new PC designs will soon be available with the announcement of a new line-up of Core chips from Intel. Again they're named Intel Core i3, i5 and i7 while there is also a new version of the fanless Core m3 found inside the Surface Pro 4.

This generation of chips is based on the same technology as 2015's Skylake processors (see below) but is more 'optimised' version in Intel parlance.

Basically Intel has squeezed in more performance plus added a couple of enhancements and a more efficient process for decoding video. Performance for standard tasks – like web browsing- is up by just shy of 20 percent, while the improved video decoder will mean longer battery life times, especially when you're watching in 4K. Intel's catchy line for this is 'all day 4K'.

Apple hasn't updated the MacBook Air and MacBook Pro for a little while, and next week's Apple event could provide them with a good opportunity to launch new versions featuring these latest Intel chips.

If you're into Intel codenames, this generation of Intel chips is Kaby Lake, which is what amounts to a refresh of the existing 14nm Skylake microarchitecture.

The Cannonlake die shrink – a new 10nm manufacturing process that will bring far greater efficency - was originally expected this year, but we'll now see that this time next year.

Liked this? Check out our guide to the best laptops.