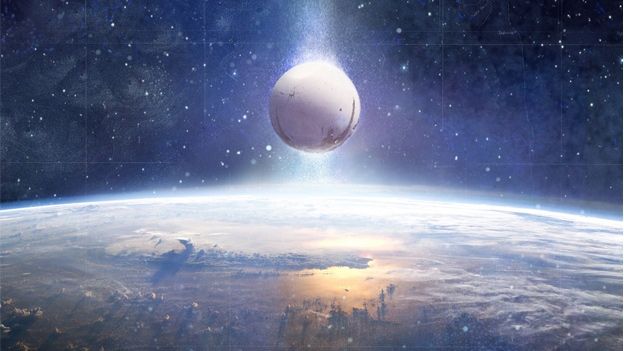 Bungie's Project Destiny, now known as simply Destiny is an upcoming MMO being created by Bungie and will be their first major title after the Halo games

Bungie's Destiny MMO has suddenly reappeared into the limelight after leaked images of the upcoming game were published by IGN showing both the game's setting and also revealing some of the Project Destiny storyline.

The game is rumoured to be arriving initially on Xbox 360 and PS3, however there has been talk that Bungie is in fact tied into a 10-year deal which will see two more Destiny games being made for next-gen consoles like the Xbox 720 and PS4.

According to the leaked document Destiny will be set seven hundred years into the future where the human race has become a rare species with a single city on Earth being their last refuge.

Suspended above the city is a giant alien spacecraft known only as 'The Traveler' which apparently protects the city, however little else is known about the craft or the alien race that placed it there.

The villains will be another alien species which is apparently creeping into the galaxy with one mission - to wipe out the last remenants of the human race.

Gamers will play as 'Knights' whose task it is to explore the galaxy all the while working together to try and defeat the creatures which seem intent on destroying the last city of Earth.

At the moment it's only rumours and speculation however it has been suggested that there could be a first glimpse of the Destiny trailer some time next year with even the possibility of a Destiny demo appearing at E3.

If the 10-year deal document is indeed accurate then Bungie should be looking to release the game in Fall 2013 with the next games set for release in 2015 and 2017.