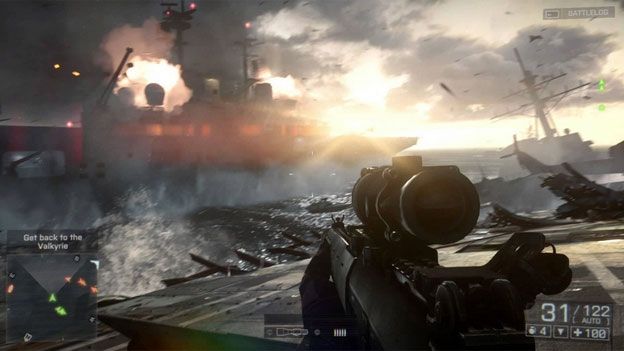 The trailer, released online, features an elderly man entwined with gameplay footage who according to the trailer description has "clocked up 8000 hours in the series."

Electronic Arts will be bringing Battlefield 4, Titanfall and The Sims 4 to the trade show held in Cologne, Germany from the 21st-25th August.

EA will start the conference with a pre-show press briefing before holding a booth featuring the upcoming games.

According to Polygon, Battlefield 4 will be released for PS3, Xbox 360, and Windows PC on October 29th and will launch for PS4 and Xbox One at a later date.

Battlefield 4 first appeared at the EA E3 keynote earlier this year with a live multiplayer demo.

DICE's Creative Director on Battlefield 4, Lars Gustavsson, also spoke to T3 about the technology behind the game. You can read the full interview here.

Watch the teaser trailer below to see 74-year-old Jahre Heiner in action where he states, "Battlefield 4 at Gamescom; I will be there, will you be too."