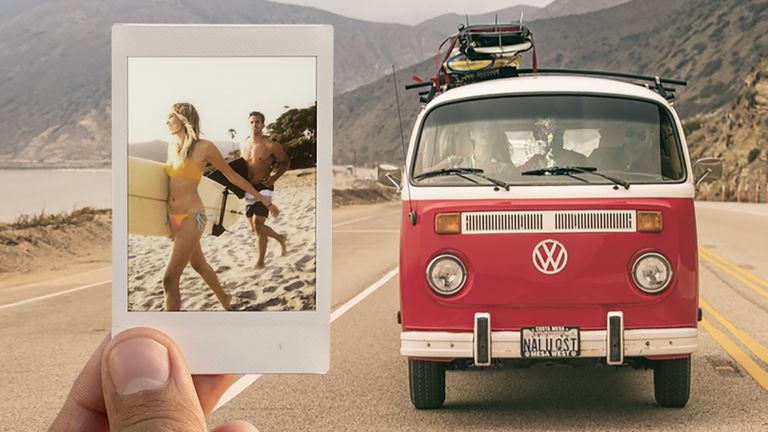 You might lament that kids today haven't experienced the joys of putting a record on a player, wielding a non-digital camera or showing off their new Walkman – but you'd be wrong.

These devices and other 'retro' gadgets have been given a very modern makeover so they're accessible to a whole new generation – and to those of us who want to hark back to the good old days, without the annoyance of winding tapes and skipping disks.

From iconic camera names to hi-tech turntables and a Walkman with an eye-watering price tag, we've rounded up the most eye-catching and nostalgic kit to fit into your lifestyle in 2016.

Beloved of Andy Warhol, Polaroid's SX-70 Land instant camera was a must-have gadget in the 1970s. But the square pictures in muted colours it became famous for are having another heyday, with many hipsters sporting Fujifilms' Instax Mini 8, which produces a similar result. Now legendary camera maker Leica is tapping into the trend for instant retro-looking photographs with its new Sofort instant camera. It's sleek, as you might expect, and boasts a number of modes, with an integrated flash that's used sparingly in auto mode, for natural-looking images. For selfie-addicts, there's a small mirror on the front as well as a built-in timer with two different delays. And for style-conscious photographers, the camera comes in orange, white and mint. What's more, getting hold of film will be easy, because the covetable camera uses Fuijifilm's Instax film.

If you've recently watched family videos shot years ago, you'll have immediately noticed the specific quality and quirks of VHS tapes. Fans of the 80s and 90s who are nostalgic for the tell-tale washed out colouring and banding, but don't fancy wielding a hefty camcorder can use an iPhone app to get the look.

'VHS Camcorder' is claimed to provide the 'most beautiful tape noise, static and tracking distortion the world has ever seen' and allows users to add the date and graphics, befitting of an original recording. They can view footage and share their creations from within the app or their phone's Camera Roll, as well as choosing the frame rate – 24, 25 or 30 and add extra 'cheesy' effects. It's like having a time machine.

Earlier this month, sales of vinyl albums exceeded the one-million mark for the first time since the Britpop era of the 90s, according to Official Charts data released by the British Phonographic Industry. And record players or turntables have more features than ever. Audio-Technica's AT-LP60-BT has Bluetooth built in, meaning users can listen to a record via wireless speakers or headphones, for example. It features automatic operation for 33-1/3 and 45 RPM records and can remember up to eight wireless devices for ready pairing, which is particularly handy at a party. It also has a built-in switchable phono preamp and pre-mounted cartridge and comes in three colours – black, white and navy.

Stephen Spielberg still makes movies on film, because he says 'it's just more alive'. But while that's fine for Hollywood royalty who can demand just about anything, for most film makers, celluloid has become too tricky to use, and expensive. The difficulty of getting film footage onto a computer for editing has made digital the only choice for many. But Kodak aims to change that with its highly anticipated new Super 8 movie camera.

Owners will be able to send exposed film back to Kodak for processing and will be emailed a download link to their ready digitised footage, making the process simpler. The Hollywood elite are melting with excitement that Kodak is, as Christopher Nolan put it “enabling the next generation of filmmakers with […] the same analogue technology that first made me fall in love with cinematic storytelling.” However, there is no release date for the striking camera and details and a price have yet to be confirmed.

The iconic Hasselblad 500 camera that went to the moon in the hands of Neil Armstrong has been updated for this century. The Hasselblad V1D manages to be at the sharp end of digital technology – with 75 megapixels - while staying remarkably true to the 1960s classic.

For a start, it is square format just like the original. The silver knob on the side that used to roll on the film is now a control for the camera's settings, and just as the original could either offer a waist level viewing screen or an eye level viewfinder, the modular V1D will allow users to arrange displays and viewfinders on either the top or back of the camera. Unfortunately it's still a concept, but here's hoping the V1D becomes a reality in time for a mission to Mars.

If you're wedded to the convenience of a digital camera but would like the effect of using celluloid, the VSCO film plug-ins for Adobe Lightroom could be just up your (perfectly lit) alley. Imagine a vastly refined version of Instagram that allows users to accurately mimic particular old films. You can experiment with anything from the Kodak Gold that your 5th birthday was probably photographed with, to the Kodak Tri-X used by famous war photographers.

Packs of presets like 'instant films', 'classic films' and 'alternative process films' can be purchased for $59 each. There's also a free Android and iOS app that lets users shoot and edit their images using 'superior mobile pre-sets and advanced camera controls,' although this lacks the specific film presets of VSCO's desktop software. It also acts like an arty community where users can publish and share their work as well as following other photographers and accessing exclusive content from VSCO Originals.

It's more than 35 years since Sony's Walkman changed the way we listen to music, enabling yuppies to listen to tracks on their commute to the City and kids to record songs off the radio and make personal mix tapes in their bedrooms. So in a time when many people use streaming services like Spotify to listen to tunes, it seems improbable that the Walkman will become a common sight again.

But for fans of the original personal music player, there's the NW-WM1Z – a exquisite player with a gold plated copper chassis and a seriously premium price tag. Unlike the original, the music player is digital, has a menu and variety of modes to make music sound its best. It also uses Bluetooth technology so users can play music files from multiple sources and with 256GB, can store 1,600 hi-resolution tracks – just a few more than a tape.