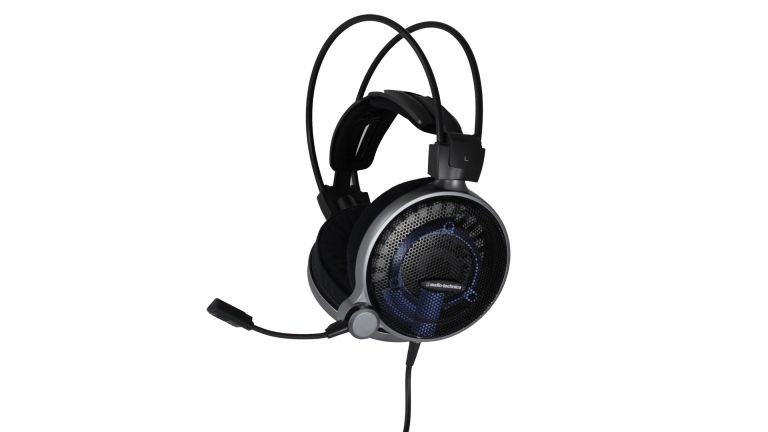 Audio-Technica has lifted the lid on its two new high-end headsets, sporting top of the range drivers to power next-gen gaming audio.

The Audio-Technica ATH-ADG1X and ATH-AG1X are the latest gaming headsets from the hi-fi experts. They're both rocking beefy 53mm drivers with the difference between them being that the ADG1X has an open back profile while the AG1X has a closed back profile.

The beauty of an open back headset is that it can more accurately portray a wider soundstage with audio that isn't so oppressive over long gaming sessions. Because it's open that also means your ears remain cooler as well. But their open nature also means they will leak sound both in and out - making them only really suitable for that solitary gaming session with little ambient noise.

The closed back AG1X headset then is your best bet if you're sharing your games room with anyone else or fancy bit of Just Cause 3 on the train.

Because they're gaming headsets then they both come with powerful microphones too. The Supercardioid mics are designed to have a narrow pick-up so they don't bring unwanted ambient sound into your game, just your anguished cries of frustration.

High-resolution audio is really gaining traction, but superior sound isn't just for the audiophile sat in his sound-proofed listening room with his £40,000 Sennheiser Orpheus headphone amp.

Having a mighty pair of headphones can make a huge difference in gaming terms too - just as resolution is vital on-screen to discern an enemy in a fast-paced shooter, so too is aural resolution in determining where they are if you can't see them.

We've been playing a lot of Rainbow Six Siege in the office recently and when you're trying to clear out a cramped building chock full of terrorists knowing where they are before they start trying to pump so much hot lead into your brain cavity.