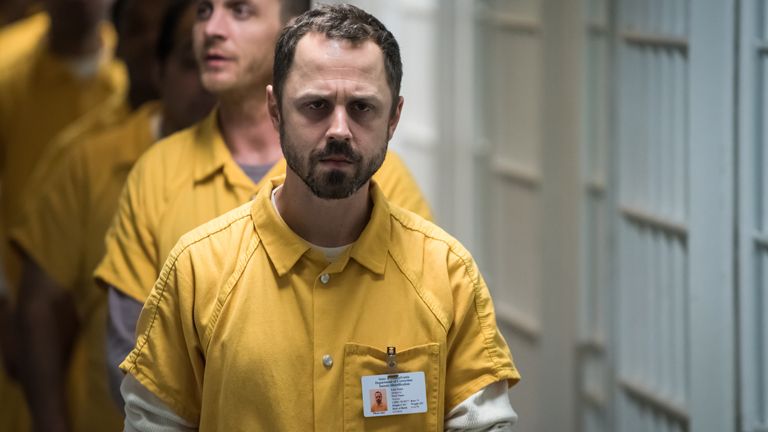 Amazon has just launched its debut autumn pilot season, with 12 new shows now watchable via the Amazon Video app or online. All new pilots, which include a mixture of adult and child-focussed content, are also available to watch in 4K Ultra HD. The season is designed to allow viewers to to watch and provide feedback on the shows they want to see picked up for a full season. Here is what is offered in the autumn pilot season, plus some information on new shows coming in 2016.

A super-violent western set in 1868, Edge sees Max Martini play Josiah 'Edge' Hedges, a Union officer turned cowboy who roams the post-Civil War American West doling out his own peculiar and savage brand of justice. Edge is based on the George G. Gilman book series of the same name, which has been described as 'the most violent western in print.'

Good Girls Revolt follows a group of young female researchers at 'News of the Week' during 1969 who just want to be treated fairly. Their revolutionary request will spark convulsive changes and upend marriages, careers, sex lives, love lives and friendships. Starring Anna Camp, Good Girls Revolt captures the cultural revolution of the sixties and is based on Lynn Povich's book, The Good Girls Revolt.

A comedy about what it means to be normal in a world that is anything but, Highston sees Lewis Pullman play Highston Liggetts, a 19-year-old who has a wide circle of celebrity friends that only he can see. The pilot guest stars Shaquille O'Neal and involves Liggetts being sent to get psychiatric help from his concerned and disbelieving parents.

A dark comedy loosely inspired by Tig Notaro's life, One Mississippi charts the journey of Tig as she returns to her childhood hometown of Bay Saint Lucille following the death of her mother. In the pilot Tig struggles to find her footing in the town, something not helped by her own declining health, her older but not always wiser brother Remy, and her emotionally distant stepfather.

A political thriller that follows the complicated life of intelligence officer John Tavner, played by newcomer Michael Dorman, Patriot's pilot sees Tavner attempt to stop Iran from going nuclear. His assignment requires him to forgo all safety nets, sidestep a series of ever-escalating fiascoes and go undercover at a Midwestern industrial piping firm - can Tavner get out alive?

Z is a bio-series pilot based on the life of Zelda Sayre Fitzgerald, the beautiful and talented Southern Belle who becomes the original flapper and icon of the wild, flamboyant Jazz Age. Zelda is played by Christina Ricci and the pilot picks up prior to her meeting with unpublished writer F. Scott Fitzgerald, played by Gavin Stenhouse, with their resulting passionate and turbulent love affair and marriage chronicled on screen.

As well as the autumn pilot season, Amazon have also just revealed that they have greenlit a new show that is to launch in 2016 - Sneaky Pete. Starring Giovanni Ribisi, the Sneaky Pete series will revolve around a con-man (Ribisi) who, after leaving prison, takes cover from his past by assuming the identity of his cellmate, Pete. He moves in with Pete's family and gets roped into the family's bail bond business. The question is, can he keep up the charade?

Lost in Oz, The Kicks and Dino Dana also greenlit

Finally, Amazon have also revealed that they have greenlit three more children's shows that will launch next year. These include Lost in Oz, an animated action-adventure comedy set in a modern, metropolitan Emerald City, The Kicks, a live-action series based around a struggling soccer team, and Dino Dana, a show that follows Dana, a paleontologist in training that starts to see dinosaurs all around her.