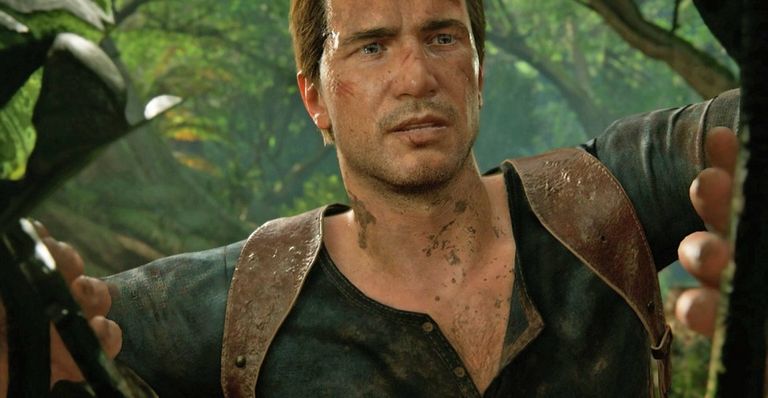 The year started out as it meant to go on - with another loud confirmation that eSports is only going to get bigger thanks to Activision Blizzard’s acquisition of Major League Gaming, while later that month we saw Rockstar North president Leslie Benzies leave the GTA powerhouse in a dispute over royalty payments.

January was also a strong month for the indies with Mike Bithell’s stealth-minded Volume launching alongside the heart-wrenching grief of That Dragon, Cancer and The Banner Saga 2. It's only January and we've already got too many games to play.

As we rolled into February, Pokémon broke out the Poké candles and celebrated its 20th anniversary, mere months before it took the mainstream by storm again with a certain mobile title.

February didn’t let up on the new games either with the award-baiting Firewatch turning heads across the industry. The farming brilliance of Stardew Valley had much the same reception on PC, cementing that indie vibe for another month.

Far Cry also returned, albeit with a caveman makeover that no one really wanted (mainly because it didn’t have any dinosaurs) proving not every hit series is a guaranteed success every time.

The highs and lows also made an appearance that month with Resident Evil celebrating the big two-oh, while Sony shuttered British developer Evolution Studios following the difficult launch of Driveclub and its heavily delayed PS Plus version. Still one of the best racing games on PS4, take it from us.

While celebrities continued to drop like flies outside the industry, Microsoft finally decided to pull the plug on legendary Brit studio Lionhead. The Fable developer’s multiplayer-only Fable Legends was also put to the sword, leaving a vacuum in the UK scene that’s yet to be filled.

While we all took to Twitter to proclaim 2016 the worst year ever (come on, we hadn’t even got started by that point), there were still plenty of games to cheer us up.

April was the month the big boys turned up to play with the severely underrated cross-media time travel of Quantum Break, the return to form bloodbath of Dark Souls 3 and the rebooted return of Ratchet & Clank. Yay games!

April also saw the commercial release of Oculus Rift's biggest rival in terms of raw processing potential - HTC Vive. The Valve co-developed headset came with a huge price tag, but it's premium early days VR at its finest (if you weren't sick from the motion dizziness, that is).

May was a real mixed bag with super highs (Uncharted 4: A Thief’s End and Doom raising the bar, naturally) and plenty of uber lows (Homefront: The Revolution finally made it out of development hell, and was still terrible, while the genuinely fun Battleborn was burnt to a crisp in the glow of Overwatch.

The trend for studios getting shut down also extended its shadow that month with Just Cause 3 developer Avalanche put out to pasture by Disney and Yahoo Games closed by, well, Yahoo.

In June, E3’s place as the centrepiece of the videogame expo pantheon took another hit as EA hosted its first fan-orientated event. EA Play was a real blow for the main show, with more and more publishers (including Bethesda and Square Enix) opting to showcase brand new footage and reveals on their own time.

June and July were a bit of a damp squid when it came to new titles, but Uncharted 4 can do that to you if you’re anyone other than Naughty Dog. Still, Mighty Number 9 finally came out (it wasn’t very good though. Gulp).

Except for a little title called Pokémon Go. Which exploded, like a hype-filled supernova, sweeping any dwindling memories of Miitomo quietly under the carpet.

August started well with Telltale’s Batman series proving a refreshing take on a well-worn crusader, but crashed and burned in the heat of the internet’s ire when No Man’s Sky arrived and failed to live up to the hype Sony had built around it. Hello Games went into hiding and NMS copies started filling every bit of shelving space in CEX.

But August found its form again with the six-month delayed (but still ace) Deus Ex: Mankind Divided and the haunting majesty of Inside. Microsoft also got the drop on Sony when it dropped the HDR-lined Xbox One S console upgrade. Your move, Sony.

Who says August is a boring month for games, eh?

September saw the Tokyo Game Show (Japan’s equivalent of E3) celebrate - you guessed it - 20 years of showcasing Final Fantasy games and visual novels. The ninth month of the year also gave us the wonderful Phoenix Wright: Ace Attorney - Spirit of Justice on 3DS and the silent brooding tension of Virginia.

We also got to tear around a HDR-preened racing sandbox in Forza Horizon 3 and head back to school with the turn-based teens of Persona 5 (well, we did in Japan, at least).

October saw another anniversary being celebrated, this time in the form of Lara Croft and the Tomb Raider franchise. Can you guess the number of candles on its cake? Yes, it was 20. Everyone is 20 in 2016. We get it.

In October, Mafia 3 attempted to recreate the success of its predecessor, only to drown in a sea of its own bugs. So while Mafia 3 fell on its own jaggy sword, the world of VR got another slew of hits with Batman Arkham VR and Thumper.

Oh, and United Front Games was shut down. So no Sleeping Dogs 2 then. Sob.

October wasn't done, either. Sony soon dropped its own much-hyped take on VR. With an affordable price point and the most successful console of all time (50 million units sold through by December), PSVR was primed for commercial success.

The following month, even more bangers arrived in our disc trays/hard drives. Final Fantasy XV dropped, over a decade late but still amazing despite the long wait. Pokémon also returned, this time with a full-fat 3DS release in the form of Sun and Moon (a title that benefited considerably from the resurgent popularity of Go).

November also gave us the biggest hardware release beyond VR - PS4 Pro. The upgraded console was twice as powerful as the original model, with faster and smoother PS4 Pro modes popping up everywhere.

As 2016 draws to a close in December, we’ve had a surprisingly strong month to round it all off. Snowboarding actually got its first decent game since SSX in 2012 in the form of Steep, The Last Guardian swooped down and stole our hearts (despite being a buggy mess) and Nintendo took another swipe at the mobile market with the premium Super Mario Run. It’s done, as you might expect, very well.

Whether you think it was the best year for videogames or not, with Nintendo Switch and Project Scorpio on the horizon, 2017 is already looking to give it a run for its money...