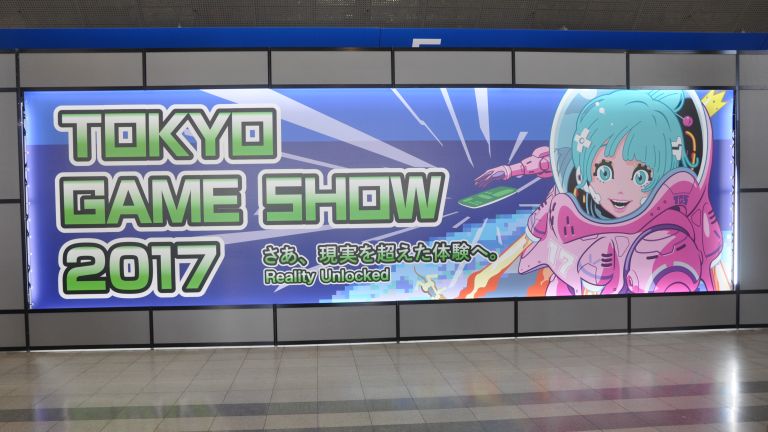 This year there are so many things to talk about that it is REALLY a problem to recap but we will endeavour none the less.

Anyway, last year we spoke about the situation of general hiatus here in Japan in terms of new IPs and investment (check out last year's show reports here: Day 1,Day 2,Day 3)But after a hiatus of many, many years - Sega for the first time in over a decade seems to be interested in investing more money in the video game industry.

Sega appears to be rising from the ashes

Clearly, as many Sega fans know, we are not talking about the same old company who used to conquer and dominate the home and arcade market 30 years ago (at the time led by the CSK Holding and its heyday CEO Isao Okawa, who died after the Dreamcast's failure).

The people who are in command now of the Ohta's HQ (after a controversy stock option) are the Sammy group (specialized in the Pachinko's market) who has and always had a different approach to this business, risking very few, and looking for short term profits, so extremely different than what we used to see with CSK's management who really gave it all to succeed (Okawa gave his $695 million to help 2001's Sega debt).

That said, it seems like with the latest selling results (even testified by the latest Sonic Mania which has gone and sold very, very well), and previewed by our exclusive interview with the European CEO Paul Williams who personally wanted to resurrect a milestone like Daytona for the arcade business, Sega in general is resurrecting from the ashes like a phoenix.

Clearly it is not yet confirmed, but even checking the new IP presented here at the Tokyo Game Show such as Fist of the North star, it seems like the Hedgehog's company is trying to renovate and improve its image, and portfolio (in every sense!).

In fact it is a real surprise after so many years - in which 'Ryu ga gotoku' (i.e. Yakuza in the west) has always received the biggest spot at Sega's booth - for the first time a different title take its place, and this is really testament to this.

Fist of North star is inspired also by a very famous anime title of the 80s, and more than probably will change from now on the way in which we have witnessed this company in the last decade.

A company that is currently showing some defiance is Konami: we all know how hard has been the impact (inside and outside) for the departure from the company of the ex-enfant prodige and protégée of the ex-president, Hideo Kojima, but this year for the first time looking around the historical 'red booth'  from the titles shown it seems like there is a lack of direction.

I mean, there are the hystorical icons as 'Power Pro' (in Japan known as 'Jikkyō Powerful Pro Yakyū') and/ or 'Bomber man', that we all love, now with their new sequels for PS4, PS Vita and Switch respectively, but looking at the real killer applications (from where you we can really check the pulse of the internal production of the R&Ds), this company has not lost only a game producer and one of the big game designers of all time, but something more intangible too.

I have played the new 'Metal Gear Survive' game that uses the old Kojima's Fox Engine, exploit the same scenarios of the previous title (i.e. 'MGS V: The Phantom Pain'), but now we must kill  zombies!

Now, don't get me wrong, I have got nothing against zombies, even if they are not my preferred video game genre (even if I have put 'The Evil within 2' in with the best games shown here at the fair), but I believe in some series can work, and some other can not, and the Metal Gear Solid is one - in my honest opinion - in which was better to avoid this kind of alternative "scenario".

MGS having historically a strong and definied background, characters and story, I truly believe that the fandom gathered in years from Kojima can be let down very easily, and do not come back for a very long time if let down.

On the other hand, I notice here that this waywardness is not limited to Kojima's departure - take a look at an another legendary top of the notch IP of this company widely known in the west as PES: 'Pro Evolution Soccer' ('Winning Eleven' in its motherland), look at the comparison down below and tell me if I am not right:

I truly hope next year Konami can really come back to what we have known for years.

Even if it is seeing some up and down investing home and abroad in every niche (click here and here for more informations), the Pacman's company is keeping the direction already seen the last year.

The lineup is almost the same with many big IP sequels (.hack//G.U. and Sword Art Online for all), and at the same time reinforcing with updates best sellers as Tekken 7, Gundam Next, etc..

Clearly checking the line up it seems like B-N's main target are children with games focused most on famous Anime (Naruto, One piece, Dragon Ball, Gundam, Gintama, etc..) available for every system on the market (PS Vita, PS3, 3DS, PC, XBOX, PS4).

The only REAL new innovative IP to underline here at the booth is 'City Shrouded in Shadow' (originally Kyoei Toshi) produced by the mighty Daisuke Ichiyama (the man behind the 'Dark Souls' series) that will bring us back in the 70s Tokusatsu's super heroes series (Ultraman, Megaloman, Kamen rider, etc.. just to mention a few) in which we will live and assist - as normal persons (not heroes) - the attack in the city of Godzilla and any kind of monster that we used to see in those iconic TV series, while our 'presumed' hero will defend us.

The only problem in this story, will be us! Why? Because if we will not  pay enough attention to what will happen around us, it could be that we will be killed by our own hero!

Here a video that is really amazing, enjoy it because it is really worth it!

Tomorrow more details of the Bandai-Namco line up, but anyway if you happen to be here from tomorrow that is open to the public, take a look at it, it is always extremely eye catching!

After the critically acclaimed 'Bio Hazard 7' seen last year, but the consequential declaration at the stock holders of less copies sold (around 2.5 millions at January 2017), with the logical backdrop on the stock exchange market (- 3% and then 7% at the end of the month) soon as the news became public, this year the Osaka software house seems to have preferred - compared to the previous years - to keep a low profile here at the TGS, with no big announcements.

A clear example of this is that there is no new Bio Hazard title announced (just the remakes 'Revelations 1 & 2' for the Nintendo's Switch), nor a Street Fighter new chapter (that is the 30th Anniversary!), but as we said at E3 this year, 'Monster hunter: World' seems to be now the main pivotal title on which Capcom is focusing all its attention.

The game is expectd to be out in the beginning of 2018 and will be available for PS4, PC and Xbox One.

This title is going to be one of the seminal titles of the upcoming 'cross gaming' era that we mentioned some time ago, and that probably in the years to come will make the real difference for game players (something like the shift that online gaming in general made at the beginning of the 2000s with Microsoft and its 'Xbox Live!').

Even if it is a Spin-off of Bandai Namco, one of the best games of this Tokyo Game Show come from this little but aggressive software house bought by the parental company in 2009 still improve the everlasting EDF: Earth Defence Force 5.

The major feature of this third person shooter is its apocalyptic scenario where aliens invade and try to kill you. Even if the gameplay is simple, the action and the tension is really catchy for any kind of gamer: from the casual to the hardcore.

The demo already seen at the Tokyo Game Show 2016 really gave gamers what they loved about the series, with many old bosses back for more action, so if you never played the game before I would totally check it out if you can this year. Earth Defence Force 5 will be out at the end of the month (seems 30th of September to be exact) for PS4 exclusively.

Historically a focus driven publisher for the hardcore RPG gamer, now, because this holding has bought many international studios such as Eidos (i.e. the Tomb Raider's IP), it is here at the fair with a massive number of western games.

Not bad in my opinion, because in a worldwide market everything is getting more integrated, so even Japanese gamers can try and appreciate easier international production (as we used to with the PSX and the iconic Final Fantasy VII that was the first of Square's titles to be commercialised outside Japan).

Clearly it is important that the two companies (Square and Enix both) do not lose from this marketing operation their identity as happen to previous publishers, but master this "diversity" in the Japanese production to make better games that are compelling also to a western user, and not creating the usual 'Galapagos' phenomenon that Harada used to complain about the Japanese developers.

OK, for today that is all.

See you tomorrow for the 2nd day of the Tokyo Game Show 2017.