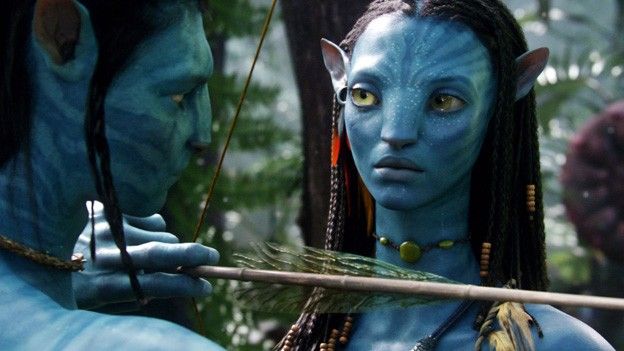 Confused about this 3D thing that's suddenly become all the rage? Here's a quick and straightforward look at every aspect of 3D's ressurgeance. Is it worth your time?

The 3D revolution will be televised - it's here and now, as Sky is now broadcasting 3D content direct to a living room near you. Like it, loathe it or simply unconvinced about it, it's certain that there's a whole raft of 3D Tech heading our way in the near future. There's already a host of cutting-edge screens on sale - the Best 3DTV's on sale now.

Helping you understand what it will take to turn your current 2D abode into a 3D haven, here's our guide to the essential 3D tech and why it is a step up from your current HD experience.

See below for our guide to bringing 3D into your home...

Active 3D
Active specs, as used with Samsung's 3D LED TVs, look like being the big 3D fashion item in the home. The TVs display alternate images to the left and right eye at speeds high enough to fool the eye that they're constant. Meanwhile, LCD screens in the left and right lenses of the specs turn on and off in sync with the on-screen image, so each eye sees only the image intended for it. This provides a 1080p image – higher quality than passive 3D. Down side? These electronic, powered glasses don't come cheap – each pair is likely to add £100 to the cost of your telly.

Passive 3D
This involves you viewing 3D video through polarised glasses – the Michael Caine specs you're handed when watching a 3D movie at the cinema. Two images are projected together: one for the right eye and one for the left. Polarised filters stop your right eye from seeing the image meant for the left eye and vice versa.

3D at the cinema is likely to keep using the passive tech because the glasses are so much cheaper and don't require a power source. Similarly, the LG 3D TVs (such as the stunning LG55LX9900) that have been used to showcase Premier League football in bars all use passive tech. Down sides? The 3D effect is arguably less impressive overall, and if you move your head you can lose the correct focus. Result: blurred vision.

3D Blu-ray
The 3d revolution isn't limited to buying new screens. you'll need a new Blu-ray player and, if you don't have one already, a Sky+Hd box. The Blu-ray disc association has decided upon a 3D format which will give each eye a full HD 1080p image using Motion Video Coding tech. If you're not ready to make the jump yet, all 3d Blu-ray discs will be viewable in 2D on current players.

The Sony PS3 will be able to handle 3D after an impending firmware upgrade and all new Sony BD players will be 3D-ready from June. Theoretically, other Blu-ray players with a web connection might also be upgradeable to 3d, but as they lack the PS3's raw processing power, maybe not…

3D upscaling
Around 99.9999999 per cent of video shot to date was not filmed in 3D – a bit of a problem if 3D is to catch on. That's where 3D upscaling comes in. The TriVector tech powering the Toshiba Cell TV can take any footage and “upscale” (“updimension”?) it from 2D to 3D in real time. It does so by taking a guess at what the image would look like in 3D by assessing the depth of each part of the frame. This doesn't sound like a goer to us, but the carefully-selected footage Toshiba showed off at CES was undeniably impressive.

Is it as good as regular HD?
3D TVs that use passive glasses support Sky's “side-by-side” 3D system, which splits a single frame of HD into two separate images – one for each eye. This effectively halves the resolution, although Sky claims that the brain “interpolates” the missing information. For full-HD you need an active system, supporting frame sequential 3d, which displays alternating 1080p images.

What's different about 3D HD TVs?
The 3D HD screens we've seen so far look spectacular playing 2D footage, thanks to high-end panels which are noticeably brighter than previous hi-def screens. The screens need to be brighter because 3D glasses block out a certain amount of incoming light and the active shutter tech, which flashes images at around 120fps, also makes the picture appear darker. All next-gen HD TVs will need to feature 3D emitters, which sync the 3D image on screen with active shutter glasses. Some TVs sold as “3D capable”, such as the Sony Bravia NX900, require you to add an emitter package – from £30 – rather than having the technology built in.