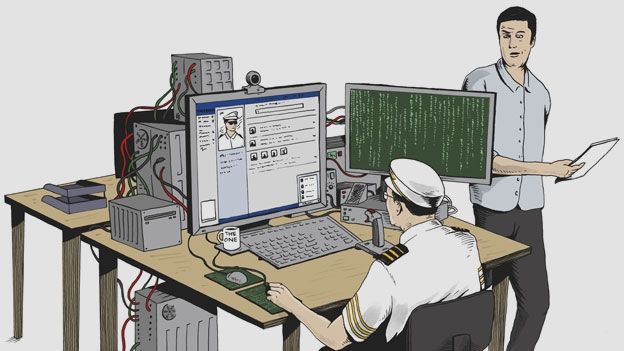 Our tolerance levels for friends Facebooking and Tweeting every hour of the day has heightened over the years, but there are some actions we will simply not stand for.

Unless you're in MI5 or head of IT at Intel, you're just showing off, Johnny Two Screens. This also goes for turning your monitor sideways, changing your Word pages blue so that you can type in white and having a special mouse. The ultimate sin? A scroll of green computer code, a la The Matrix, as your screensaver. It's over, you weren't The One.

Warning, gentlemen: if your suit is an off-the-peg Burton number and you got your watch from a posh Christmas cracker you shouldn't attempt to pull off Beats or any other celebrity endorsed headphones. It's as silly as putting 40-inch chrome rims on a Ford Mondeo.

3. A picture of a dog/baby as your Facebook profile picture

Firstly, it's not you. Secondly, it's not you, idiot! Plus, nobody cares how cute your dog/baby looks in a bee costume and, if we're honest, it's all a little bit creepy.

4. Answering the phone with anything but “hello”

People who just say their first name very quickly are annoying, anyone who barks their surname even more so, and those who snap, “Yep?!” have delusions of grandeur. The editor won't let us print our opinion on people who answer their phone with a breezy “talk to me”, but we're sure you can devise your own fitting insult.

Demanding answers to such life puzzles as, “Anyone know where I can buy some batteries?” on Facebook, Twitter or email just makes you look desperate for human contact. You're obviously on a computer or phone if you've asked that way so use Google instead.

6. Photographs of your dinner

Look, Mr Square Plate, you may think Gregg Wallace would crème anglaise his pants over your artful presentation, but we don't want or need to keep seeing what you're having for dinner on Instagram or Pinterest. You're not the new Michel Roux Jr – scallops and baked beans?! – and you'll never get on MasterChef unless the rules change to replace sous-viding with toasting, boiling and microwaving.

Sir Jonathan Ive studied industrial design at Northumbria University, co-founding a design agency upon graduating, and for the past 20 years has been designing the most gorgeous machines in the world for one of the most powerful global technology companies. Turns out he needn't have bothered, seeing as you've covered your iPhone in a mass of hideous, protective plastic, doubling the weight, width and ugliness quotient in the process.

It's your tried and trusted iPod “Paaaarty Time!” playlist, you've been using it since 2001; how very dare that bastard take it off the dock. You were only three seconds into Time Warp, and Don't Stop Me Now was next! God, people get so tetchy at wakes.

It's 2015 and most people have now fathomed how mobile phones function, so why do the majority of the population – if folks on trains are anything to go by – still insist on typing out texts with their keypad tones turned on? Also, why are they always sitting next to you? It's the tech equivalent of eating a stinking Burger King meal on the train, whilst prodding you repeatedly in the side of the head.

10. Having your mobile phone in a gun holster

You know who you are. Still waiting for Riggs to call you back for one last adventure, Murtagh? Repeat after us: you're too old for this sh*t.