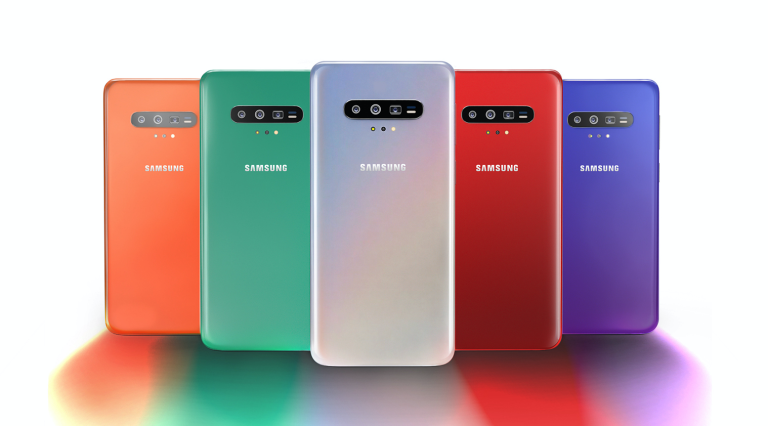 Now that all of Samsung's flagship smartphones for 2019 are out in the wild, focus has shifted to what it has in store for 2020 – starting with the Samsung Galaxy S11.

We've heard a lot about the handset, with most of the information originating from far-fetched patent filings, but now we're looking at our most promising lead yet.

It's a batch of renders drawn up by Phone Arena that fuses the most probable rumours we've heard to date with notes from the Samsung's current design playbook.

The result is a handset that looks an awful lot like the Samsung Galaxy S10, with an even slimmer bezel and the addition of a small camera in the middle of the screen.

What makes them so realistic is the fact Phone Arena hasn't tried to reinvent the wheel – the entire thing looks very familiar, save for the addition of a spectrometer.

This will allow the device to use all sorts of light trickery to identify everything from whether an individual is dehydrated to how many calories are in a Costco hot dog.

However, it's the camera that's said to be the real star of the show – rumoured to comprise of a humongous 108MP sensor with a five-times optical zoom.

Samsung is expected to announce the Samsung Galaxy S11 in February 2020 ahead of MWC 2020, with one report pinning the launch date as February 18, 2020.

Calls:
+ to/from Canada & Mexico
Texts:
Nationwide & International Text to over 200 countries in the world
Data:
If network is congested, users may notice reduced speeds
View
at
Verizon Wireless
We check over 130 million products every day for the best prices
View All Deals
powered by