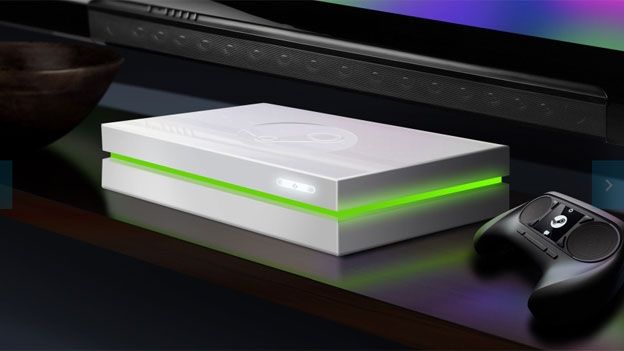 iBuyPower shows off its first Steam Machine prototypes to Endgadget, which it hopes to ship commercially next year

The Xbox One has been released and the PS4 is homing into view on the horizon, so you'd think that we'd be suffering from next-gen console overload. So what better time for the first Steam Machine protoype to break cover?

In a first look feature with Engadget, iBuyPower has revealed its first Steam Machine boxes. The manufacturer says that its two prototypes - codenamed Gordon and Freeman for the moment - are running on an early build of SteamOS, which will run all Steam games at 60fps in 1080p resolution.

In terms of their visual appearance the Steam Machines look like a pair of giant white ice-cream cakes with a glowing bar of light running through the centre. The Gordon and Freeman models look nearly identical except for the the colour of the light bar; one is black when not illuminated and the other is clear.

iBuyPower says that they're still working out the kinks in the machines and, while the manufacturer doesn't have a specific release date in mind, it hopes to have the Steam Machines in the market sometime next year.

Valve announced that it would be working with multiple partners to bring fully customisable Steam Machines to players back in September. T3 has been unable to have a hands-on with a Steam Machine as yet, but we're keeping our fingers crossed for CES.