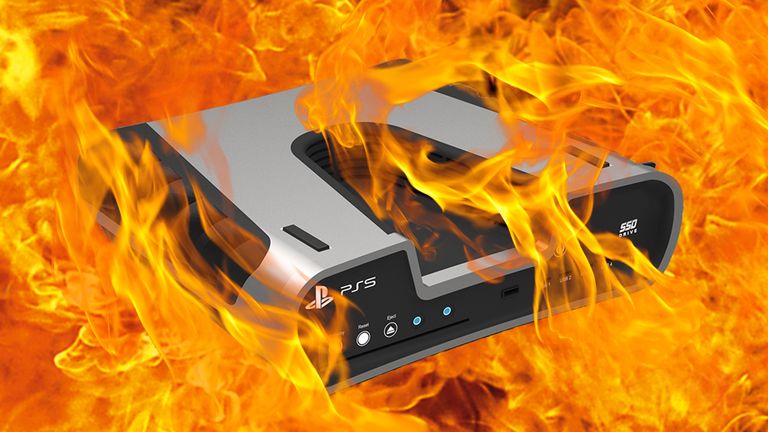 It's been a roller coaster couple of weeks for PS5 news, with President of Sony Interactive Entertainment, Jim Ryan, officially confirming that the PlayStation 5 will "launching in time for holiday 2020".

Next, that seemingly crazy PS5 design we saw earlier in the year, was then confirmed to actually be rather accurate, with an insider claiming that it was how PlayStation 5 dev kits were shipped to developers.

This revelation of course then led to a detailed new PS5 concept design based on that dev kit design to hit the net (the video can be watched below).

And that was then followed by the news that the Sony PS5 will launch alongside a brand new PlayStation VR 2 headset, with a patent revealing a completely wireless system.

In short, it has been a period of absolutely great news for gamers, with plenty more official and unconfirmed details about the PlayStation 5 coming to light, which have helped flesh out an image of a system that we already know is going to be a graphical powerhouse and that will really take the fight to Microsoft Xbox Scarlett.

Yesterday, though, that positive mood changed. A report leaked out which, admittedly rather vaguely, seemed to indicate that those claims made earlier in the year promising awesome backwards compatibility functionality in the PS5 were actually misplaced, with a spokesperson for Sony admitting that the PlayStation 5 "dev team is putting all power on verifying whether they can secure a complete compatibility," before then adding, "please wait for more information."

And, with the Sony PS4 the console of the current generation, selling twice as many units as the Xbox One and wowing gamers worldwide with a stellar library of amazing games to play, the absence of the ability to play legacy PS4 games on the PS5 would not only not make sense in terms of protecting install base, but even more importantly, would be a hard blow to take for PlayStation gamers looking to transition to the new console.

After all, in the PlayStation 5's soft launch, where PS5 technical lead Mark Cerny spoke to Wired exclusively, he confirmed that "because it’s based in part on the PS4’s architecture, it will also be backward-compatible with games for that console." Gamers were, literally, told one thing by the Wired article, and then now were told another thing, that the PS5 team aren't even sure if "they can secure a complete compatibility".

Suddenly the dream of being able to play that existing library of amazing PS4 games on the new console seemed to be thrown well and truly into doubt.

Today, though, the fear of that happening has been abated by respected video game journalist Patrick Klepek - who has a strong track record of receiving and sitting on accurate insider industry information - stating on Waypoint Radio's latest podcast that:

"Everything I’ve heard about the PS5, this is going back full two years now - has been a huge emphasis on ‘history’ and that it’s going to be the sort of thing where it’s not just about the future, but also about the past; that means your ability to play lots of those games."

Here at T3 that is music to our ears. We've been a massive fan of the PS4 and to hear that Sony really has, and for long time, put backwards compatibility right at the heart of the PS5, was news that really enthused us. The chance to replay all those classic games, as well as great new ones, too, on just one system, seems truly fantastic and the ideal way to transition faithful PlayStation gamers over the console generation.

Here's hoping, then, that the set-back the PS5 dev team are having with backwards compatibility are merely temporary, or that the vast majority of the PS4 games will be playable by disc or digital download, if not 100 per cent.