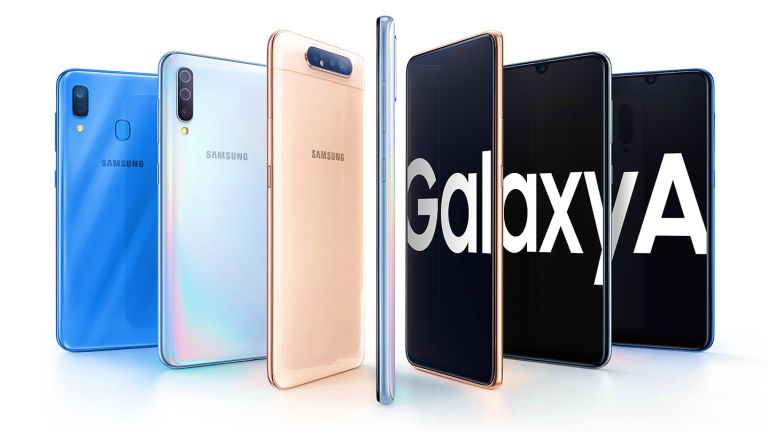 Samsung is expected to unveil an all-new Galaxy Note 10 at its Galaxy Unpacked event on August 7, 2019. It's likely to be the final flagship smartphone the South Korean company unveils this year.

Instead, it's possible we could see the start of an all-new range of Galaxy A handsets, which offer new features before the flagship smartphones (the Galaxy A8s got an Infinity-O display months before the Galaxy S10 launched) at an affordable price tag.

Little is known about what Samsung has planned, but technology blog LetsGoDigital has discovered some interesting information about how many of these price-conscious new handsets we could see in the coming months.

According to trademarks filed with the European Union Intellectual Property Office, or EUIPO, and unearthed by the blog, Samsung is preparing to launch nine new entries into the Galaxy A range. The Seoul-based company has patented the names, Samsung Galaxy A11, A21, A31, A41, A51, A61, A71, A81 and lastly, Galaxy A91.

All of these model names are categorised as Class 9 devices, which means whatever hardware is associated with the name will be either a "smartphones, mobile phones, or tablet computer". The trademarks suggests that Samsung will simply switch a 0 to 1 to all of the successors of the existing Galaxy A line-up. For example, the Galaxy A10 will be followed by the Galaxy A11, Galaxy A20 with Galaxy A21, and so on.

Notably, the selection of brand names included in these trademarks suggest that Samsung is turning its back on smartphone names in the 100s, like the Galaxy A100.

Samsung unveiled its Galaxy A7 and Galaxy A8 in early October, followed by the Galaxy A6s later that month, and the Galaxy A8s in December. As such, we could be just a few months away from the first of these new price-focused phones.

Stay tuned to T3 for the latest whispers and leaks around the handsets.