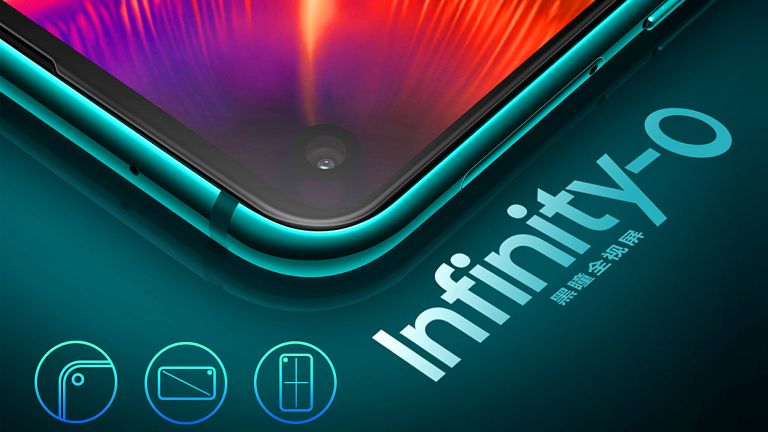 Samsung has taken the wraps off its first handset with an Infinity-O display – an all-screen design with a 6.7mm wide pinhole to house the front-facing camera. The new design, which was unveiled during Samsung's annual developer conference last month, enables smartphones to have an almost truly edge-to-edge design.

The Infinity-O design also avoids the need for a notch – the curvaceous cut-out at the top of the display like those on the iPhone XS, OnePlus 6T and Huawei Mate 20 Pro.

The speaker grill, proximity and ambient light sensors housed in the bezel on other Samsung handsets are squeezed into the chassis, or embedded behind the display in Infinity-O style smartphones.

The flagship Galaxy S10 and Galaxy S10 Plus are widely-tipped to the same Infinity-O style display. Samsung previously confirmed plans to debut new features on its mid-range offering in a bid to combat increasingly fierce competition at this price point from the likes of Huawei, Xiaomi and OnePlus.

The headline feature of the Galaxy A8s is undoubtedly its 6.4-inch display, with the Infinity-O – so named because of the shape of the cut-out for the camera – design. This edge-to-edge LCD panel has a resolution of 2340 x 1080 pixels.

Aside from the never-before-seen design, this mid-range handset from Samsung is a pretty standard affair. Powered by a Qualcomm Snapdragon 710, coupled with either 6GB or 8GB of RAM, and 128GB of onboard storage. However, this can be expanded by to 512GB of expansion via microSD.

On the back of the handset, there's the same triple-camera set-up as the Galaxy A7, which means there will be a 24MP f/1.7 main lens, a 10MP f/2.4 telephoto, and a 5MP f/2.2 depth sensor to add bokeh-style blur behind subjects in Live Focus shots.

Meanwhile, the selfie camera housed inside the cut-out has a 24 megapixel sensor.

There's also a rear-mounted fingerprint scanner, a 3,400mAh battery with support for fast-charging via USB-C, and Android 8.1. Samsung Galaxy A8s will ship in blue, green and grey colour finishes.

Galaxy A8s pre-orders open in China on December 20. It's unclear when – of if – the handset will land on shelves around the world.

The Galaxy A8s announcement is the first of series of handsets that will sport the O-shaped display cut-out. The Huawei Nova 4, scheduled to be unveiled on December 17, and the Honor View 20, set to be announced in China on December 26, will both sport the same Infinity-O style display as the Galaxy A8s.