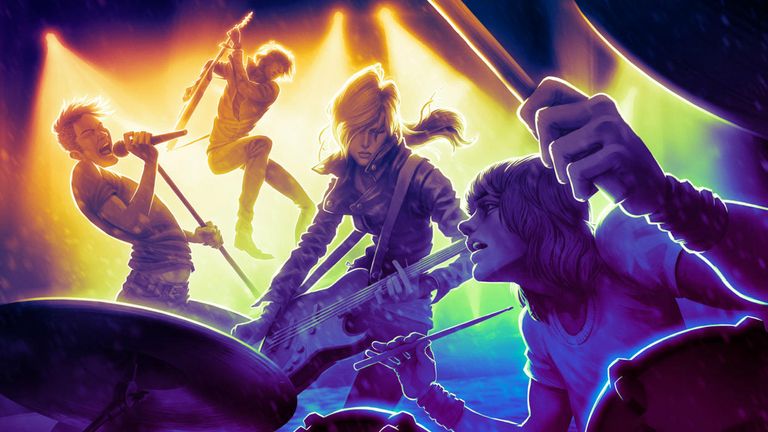 Harmonix has given us a sneak peak at the set list for Rock Band 4, including the first six songs on the upcoming game.

Dust off your plastic instruments and unite the band – it's nearly time to rock.

We don't know exactly how many songs will be the final game will include, though Harmonix has promised the soundtrack will be “top-tier.”

The studio confirmed that you'll be able to import all of your past Rock Band DLC tracks, and has even set up a site for song requests. So if there's any tunes you and your mates have a dying urge to rock out to – submit the song title and artist here.

Harmonix product manager Daniel Sussman, however, says that Rock Band 4 will be the only new Rock Band game released for the Xbox One and PS4.

"We don't envision a Rock Band 5, 6, 7 or 8. What we would rather do is build on the Rock Band 4 feature set through very deliberate content and title updates that are developed in collaboration and conversation with our community," he said.

Rock band 4 is scheduled for release later this year on Xbox One and PS4. It'll again compete with the returning Guitar Hero Live, also due to launch in 2015.